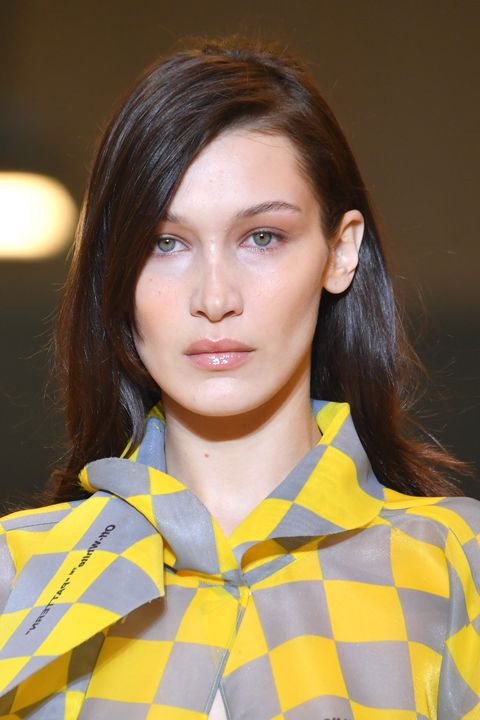 For years, Bella Hadid has been darkening her hair jet black or chocolate brown—a point of differentiation from her honey blonde sister Gigi and a reflection, she has said, of her “darker personality.” Now, she’s back to her dirty blonde roots, with a color we’re calling Golden Hour Blonde.

The 22-year-old shared a close-up image to show off her fresh new dye job that’s reminiscent of her natural hair color. The photo caption reads, “Back to dirty blonde, back to my roots! Per @mertalas wishes.” The shade is somewhere between a Southern California-inspired honey blonde and graham cracker light brown. The color is a surprising change for the model, and the result is making us antsy for the sunnier months ahead.

Bella and fashion photographer Mert Alas appear to be spending time together in Cappadocia, Turkey for a photo shoot. And though it’s unclear what the photo shoot is for, it’s very likely that more photos of the model with the golden shade “lit with the Turkish sun” according to Alas, will be released soon so we can have a much better look at Bella’s new hair.

The model has said she dyed her hair as a way to separate herself from her older sister, Gigi. “I just have a darker personality. And my sister being blonde and me being brunette, it’s a good separation,” Bella said in a 2016 interview with Allure. “I put a blonde wig on and think it would be fun to go back, but I’m happy with my hair. Blondes are so angelic. My sister can get away with anything.” Let’s see what Bella gets away with as a golden hour blonde.

Starr Bowenbank
Editorial Fellow
Starr Bowenbank is an editorial fellow at ELLE.com who writes about all things pertaining to news, pop culture, and entertainment.
This article was originally published by Elle.com. Read the original article here.
[dp_demo_ad_fullx90_2]