Federal authorities in New York confiscated hair weaves and accessories suspected to be made from the human hair of prisoners inside a Chinese internment camp, the Associated Press reports. The shipment, from Lop County Meixin Hair Product Co. Ltd., weighed 13 tons and is valued at an estimated $800,000, representatives for the U.S. Customs and Border Protection told the outlet.

The CBP already confiscated a similar shipment this year in May and the seized shipment from Hetian Haolin Hair Accessories Co. Ltd. received a similar detention. According to the AP, both exporters are located in China’s Xinjiang region, “where, over the past four years, the government has detained an estimated 1 million or more ethnic Turkic minorities.” 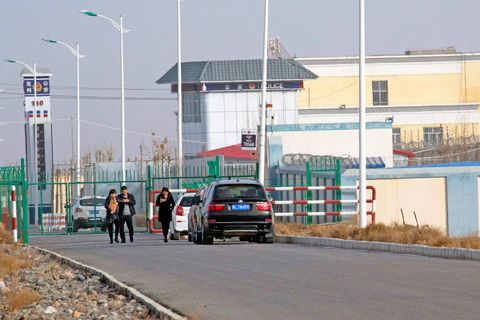 According to the AP, these prisoners are “subjected to ideological discipline, forced to denounce their religion and language and physically abused.” News organizations including the AP and Quartz via an Australian Strategic Policy Institute investigation, have reported these prisoners are also making sportswear and materials for brands like Nike, Coca-Cola, and Mercedes-Benz.

“The production of these goods constitutes a very serious human rights violation, and the detention order is intended to send a clear and direct message to all entities seeking to do business with the United States that illicit and inhumane practices will not be tolerated in U.S. supply chains,” Brenda Smith, the executive assistant commissioner of the Trade Office at the CBP, told the AP.

The sister of Uighur American activist Rushan Abbas has been missing for two years, and Abbas believes she is imprisoned in an internment center. “This is so heartbreaking for us,” she told the AP. “I want people to think about the slavery people are experiencing today,” she said. “My sister is sitting somewhere being forced to make what, hair pieces?”