The moment you feel seen is powerful. For many Black women, that feeling is few and far between. For the State of Black Beauty, we asked four writers to recall the instance in their life they felt SEEN in media. From Janet Jackson to Eartha Kitt, here are love letters to our Black Beauty icons who made us feel a little less invisible.

When you’re born and raised in the Bronx, there are rites of passage every girl checks off by the time she reaches middle school, from snagging your first pair of Air Jordans to the feeling of 20 inches of yaki straight brushing against your bra-strap after your first sew-in. Then, it’s time to unlock the final frontier of your “I’m grown as hell” phase: an acrylic nail set.

The genesis of my journey to being grown started in the aisles of my local Rite Aid after Sunday church service. My best friends and I would beeline to the drug store’s nail aisle to use our pocket money to buy press-on nails. Some Sundays we opted for French tips, other times we settled for whatever design could get us in and out of the store before our parents would notice we were even gone. By the time I reached sixth grade, I graduated from sneak-buying Rite Aid press on nails to accompanying my older sister to the nail salon on Saturday mornings so often, we had our own regular nail artist. My older sister’s signature look was long, square-shaped nails in loud neon brights and intricate line designs she incessantly tapped on counters when passing by, on her phone when sending a text message, and on her teeth when she was agitated. The sound of clacking nails felt like a beat exclusive to the bad bitches of the Bronx, and I wanted to join in on the rhythm too.

I pushed my luck and told my nail artist to do a full set instead of our usual manicures. She sized the plastic tips to my fingers, glued them down, and repeated those steps before applying monomer liquid with the polymer acrylic powder. When it came time to polish them, I opted for colorful French tip nails with each finger a different color. The sheer excitement I felt when tapping my nails on every surface in my way eclipsed the fear of my parents reacting to my new nail length. “Ghetto” is how my father described them when I unveiled my fresh set. His definition of the term wasn’t the campy, luxurious aesthetic the Black community birthed; It felt more like the demeaning stereotype prescribed by society to inhibit Black cultural expression, one steeped in Eurocentric beauty standards and classism that vilifies anyone who dares to challenge those ideals. This bias translated to retail jobs where I worked as the cashier for and sexist school dress code policies put in place to prevent any “distractions.” 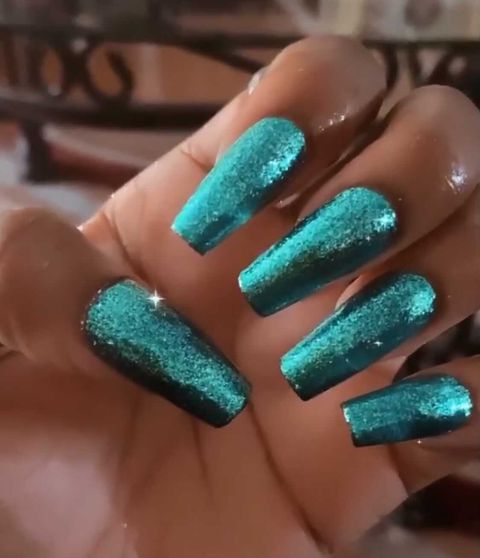 When Kash Doll said Wear these ghetto ass nails like I’m Flo Jo in “Doin’ Too Much,” the rapper wasn’t just flexing her clever lyricism, but offering a brief lesson in nail history. I was introduced to Flo-Jo the way most kids are introduced to important figures in Black history—during Black History Month. My class was asked to challenge ourselves to discover a new figure to learn about, outside of typical lessons on Rosa Parks, Martin Luther King, Sojourner Truth, and the others we’d heard since kindergarten. I chose to research athletes; I knew all about Lisa Leslie’s journey to the WBNA, and Kobe Bryant’s NBA highlight reel was one of my most-watched videos. Then, I came across a photo of Flo-Jo resting her face in the palm of her hands, her towering scarlet red nails crawling up the side of her face into her afro. How can someone compete in a sport with such long nails? I thought. How are long nails allowed in the sport?

“I don’t believe you have to look masculine in order to compete in a sport they consider rough,” Joyner said in a 1992 interview with Ann Liguori. That’s the thing: Flo-Jo never asked for permission to be her unapologetic self. Flo-Jo showed up to every competition her true self, in a one-legged jumpsuit, long curved fingernails, full glam makeup, and bouncy hair—even if that meant fielding criticism from her detractors. It was refreshing to see a woman challenging the notion that you can’t be both feminine and sporty, and flouting traditional, white middle-class norms. “It doesn’t matter what you wear,” she added. “It’s what you believe you could do.”

Flo-Jo’s look was a wink at outdated stereotypes about Black culture, the same culture that was once vilified, but is now so often appropriated. 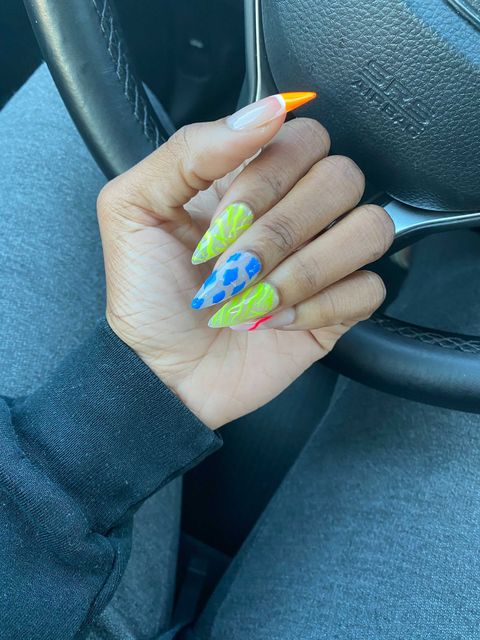 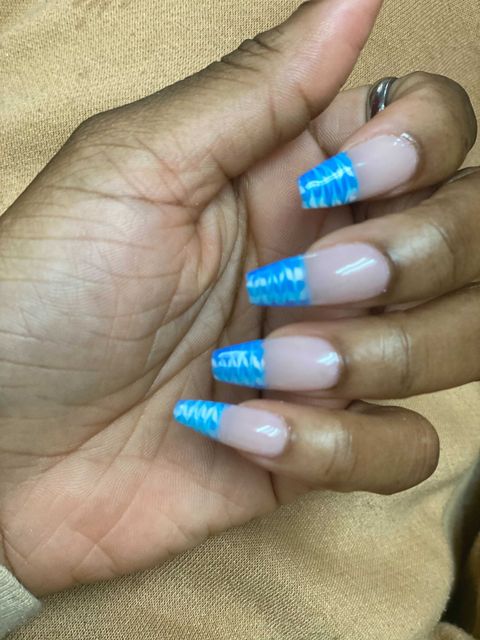 Thanks to Instagram and the rise of influencers, Flo-Jo’s impact is prevalent to this day. Celebrities like Cardi B, Kylie Jenner, and Megan The Stallion have made extravagant nails in extreme lengths their trademark and often post “nailflies” to their millions of Instagram followers.

No longer did I feel the need to settle for muted nudes and flesh-tone shades to fit in—not when Flo-Jo worked so hard to stand out. Acrylic nails became a part of my identity the same way Flo-Jo was recognized for hers. Every nail appointment presented a new opportunity for me to exercise my creativity and honor my younger self, who’d been too afraid of perpetuating the ghetto stereotype prescribed to Black women who were too fabulous for stale, basic naysayers to understand. I don’t wear my stiletto or coffin acrylic nails as an act of rebellion, but as a reminder that Black women are the moment and will forever be the moment. In 2018, Nareasha Willis debuted a t-shirt at Paris Fashion Week that read, Ghetto Until Proven Fashionable. This refrain rings in the ears of Black women as we watch the rapid spread of nail culture inspire generations on social platforms like Instagram and TikTok, a testament to the versatility and enduring impact of Blackness.

Milla Jovovich Poses With Doppelgänger Daughter to Show Off Haircuts
Exclusive: Precious Lee, Meadow Walker, and More Model for Zara’s New Studio Collection
Genetic Testing Saves Lives. So Why Aren’t More Women of Color Doing It?
<i>Maid</i> Was an Opportunity Margaret Qualley Just Couldn’t Pass Up
Everything You’ve Been Stalking on Instagram Is On Sale at Shopbop