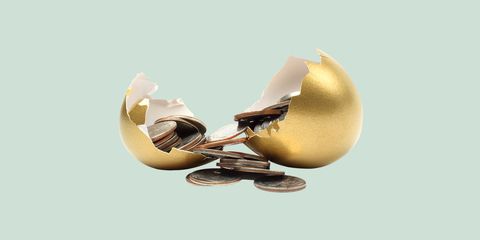 The Goop business model is one that thrives on wellness buzzwords like “rose quartz,” and “crystal-infused“—words that recently landed the Gwyneth Paltrow-owned wellness brand in hot water.

After a lawsuit brought on by the Santa Clara County District Attorney’s Office and nine other California prosecutors argued that Goop’s Jade Egg, Rose Quartz Egg, and Inner Judge Flower Essence Blend made unscientific medical claims (namely in regards to sexual and gynecological health), the brand agreed Tuesday, September 4 to pay $145,000 in restitution. In addition, the brand will also refund any unsatisfied customers who purchased these items.

According to BuzzFeed News, the district’s attorneys argued that “[The] wellness empire sold a series of women’s health products whose advertised medical claims were not supported by competent and reliable science.” The most egregious offenders seem to be Goop’s jade and rose quartz (vaginal) eggs, which the site had been advertising with a product description that asserted, “This rose quartz egg, like an energy clearing magic crystal, is ideal for people who’ve seen results with the Jade Egg and want to take their practice a step further.” The product description also included quotes from actress and holistic living advocate Shiva Rose, who insisted that “you can use rose quartz to bring in and heal wounds, in a gentler way.”

The amended product description omits medical advice from anyone without an M.D., and plainly states that the egg is “Used by women to increase sexual energy—this yoni egg is made of nephrite jade stone, meant to promote health and pleasure.”

Goop may have edited its product descriptions and agreed to foot the $145,000 settlement bill, but that doesn’t mean the brand has admitted to giving women any misleading medical advice when it comes to its vaginal eggs.

According to the same report, Goop did not admit to any foul play or unscientific assertions. Rather, the brand agreed to pay the $145,000 in civil penalties solely to end the lawsuit “quickly and amicably.”

The vaginal eggs are still currently available on Goop’s website (with less troublesome product descriptions) for $55-66 and, good news, you can recharge them with the energy of the full moon.

In August, Goop announced they were hiring a fulltime fact-checker, a “neccessary growing pain,” Paltrow told the New York Times.

Ulta Beauty’s Latest Initiative Highlights the Most Influential Voices in Beauty
The 8 Best Electric Razors for Impossibly Smooth Skin
It’s Doja Cat’s World, We’re Just Living in It
Your Must-Have Hair Essentials for Every Type of Concert
Meghan Markle Paired a Chic Camel Coat With a Black Dress and Heels to Visit the UN