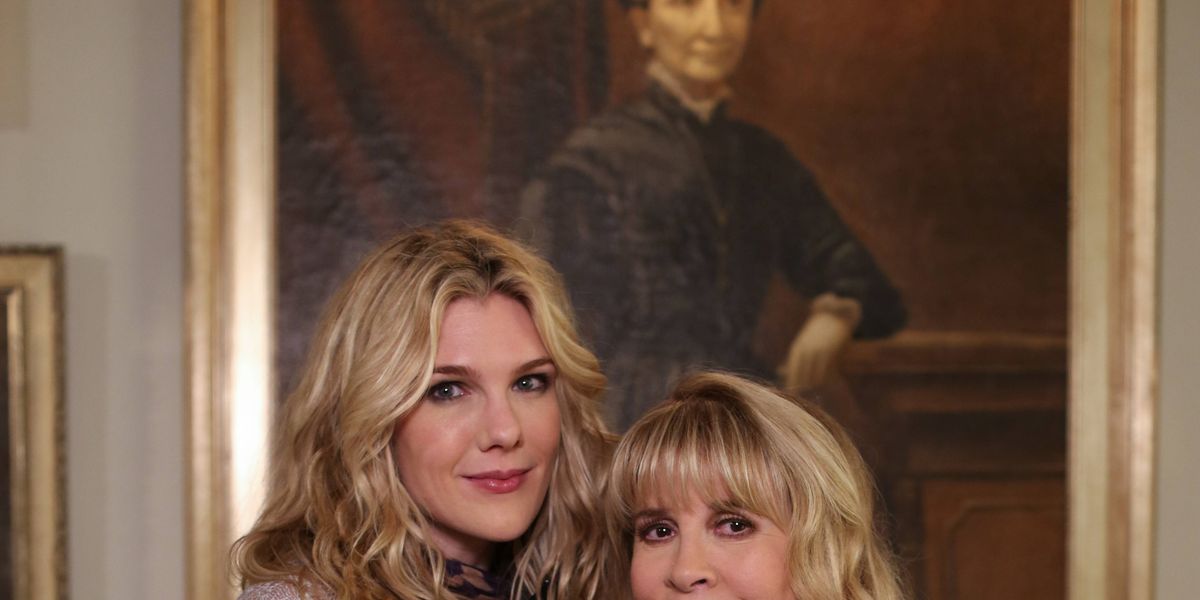 All hail the Alpha! Actually…not so fast.

This week’s Horror Story involved Cordelia’s (Sarah Paulson) apocalyptic vision of a scorched earth and a demonic white-faced man ruling it, which led to her decision to allow Michael Langdon (Cody Fern) to take the Trial of the Seven Wonders. Of course, not everyone is supportive of this decision.

Myrtle Snow (Frances Conroy) expresses concern about letting a man ascend to become Alpha. Cordelia makes it known that her powers are diminishing and that she fears denying him the opportunity to take the test might be what could bring the coven down.

Back at the Hawthorne School for Exceptional Young Men, John Henry (Cheyenne Jackson) was the only warlock who still had doubts about letting Langdon rise in the ranks. He revealed his intention of traveling to New Orleans to meet Cordelia, but that didn’t fly. Michael’s devil-worshipping foster mom, A.K.A. human Miriam Meade (Kathy Bates), tracked him down at a gas station and killed him. She made her way back to the school, where Michael met her and revealed his plan to achieve Alpha status so he can destroy all of the witches and warlocks from within. Worst of all, Grand Chancellor Ariel (Jon Jon Briones) was actually totally on board for that plan, just to have a man become the new Supreme.

At the trial, as if there were any doubt, Langdon passes the first six tests with flying colors. Cordelia throws a bit of a curveball by declaring that his final task is to retrieve Misty Day (Lily Rabe) from her eternal hell. Coven fans may recall that Misty was trapped in an endless loop of having to dissect a frog while she attempted to get through the trials, back in season 3. Still, Langdon isn’t even a little bit challenged by the final task and does as he was assigned. The witches are all clearly dismayed when Cordelia quickly concedes her authority as Supreme to Michael, the new Alpha.

Cordelia later explains to Myrtle and Misty that she had no intention of actually giving up her title; she just needed to assess Michael’s abilities. Misty lets them know that Langdon was communicating with the evil beings in the underworld before he brought her home (though she couldn’t understand what they were saying). They call Stevie “White Witch” Nicks in to provide a little post-trial entertainment while Cordelia sets her new plan into motion: digging up dirt on Langdon. She decides to send Madison on a little trip to find out what she can and Behold Chablis (Billy Porter) seemingly switches sides to join them on that mission. Where are they off to, you ask? Just a fun road trip to California to the Murder House (from season 1), where Michael was born. Y’know, cause he’s the demon-spawn of human Vivien Harmon (Connie Britton) and ghost Tate Langdon (Evan Peters).

What we need to find out

What the internet thinks