Jodie Turner-Smith has grown—deservedly—comfortable in a crown. The actress, whose turn as Queen in Melina Matsoukas’s Queen and Slim earned her widespread critical acclaim, is taking it back a few centuries to play Tudor Queen Anne Boleyn in the three-part psychological drama Anne Boleyn for English broadcaster Channel 5.

Boleyn is one of the most popular and debated figures in all of British history: the Queen of England from 1533 to 1536 and the second wife of King Henry VIII. Her death by beheading serves as only one of several colorful moments in her complicated marriage—she was also accused of treason and witchcraft.

“We can only infer who she was, because she left no paper trail that would hint at her imagination. She’s endlessly fascinating for that reason,” Turner-Smith told ELLE in her January digital cover story. Turner-Smith said she hopes to “tell the story of the woman who sits at the center of the myth, and make that story an accessible one—one that’s not entirely about class, but about humanity. Because whether a woman is a queen or a housekeeper, she is not exempt from any of the challenges and trials that women face in navigating their bodies, love, or the patriarchy.” She added, “There’s an opportunity to tell a really human story and for it to feel that much more accessible because a Black woman is playing her.” 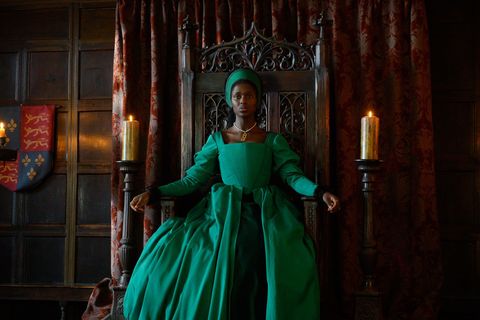 Turner-Smith will be the first Black woman to take on the role; previous actresses who’ve played Anne Boleyn include Vanessa Redgrave, Helena Bonham Carter, Natalie Dormer, Natalie Portman, and Claire Foy. Here’s what we know so far about Turner-Smith’s next chapter.

The show will depict the end of Boleyn’s life.

Written by Eve Hedderwick Turner, the Channel 5 series will focus primarily on Boleyn’s final months, during which she fights for the survival of her young daughter—the future Queen Elizabeth I—as well as her own innocence. After “failing” to provide her husband with a male heir, she must face not only the king’s wrath (and infidelity), but also stake out a path for her family, even if she must die for it.

On April 7, 2021, Channel 5 released a short teaser that didn’t reveal much in the way of plot, but did show Turner-Smith doing a magnificent power walk.

Finally, the creators released a full trailer on May 14, 2021—and Turner-Smith appears primed to put on a spectacular performance. The cool, moody lighting paired with Turner-Smith’s stiff upper lip add credence to the show’s billing as a thriller, as does the trailer’s voiceover, which states, “Fear can be fuel.” 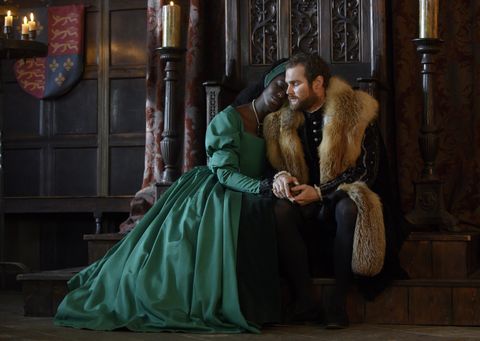 Stanley, who has appeared in numerous series including Sanditon and Game of Thrones, will play the king known best for his six marriages. On April 6, production released the first photo of Stanley as king with Boleyn by his side. The image suggests the series will depict happier times for the tragic couple before, inevitably, those moments turn to anger and cruelty.

Other cast members include Paapa Essiedu, who earned magnanimous praise for his role in I May Destroy You, as Boleyn’s brother, as well as Amanda Burton, Thalissa Teixeira, Barry Ward, and Jamael Westman, according to Deadline.

Anne Boleyn should arrive sometime in 2021.

Per Variety, the Tudor tale is set to debut later this year in the U.K. after completing filming in Yorkshire in December 2020.

No word yet on when it’s headed to the U.S., but the “coming soon” note at the end of the trailer implies we won’t have to wait long.

Lauren Puckett
Lauren Puckett is a writer and assistant for Hearst Magazines, where she covers culture and lifestyle.