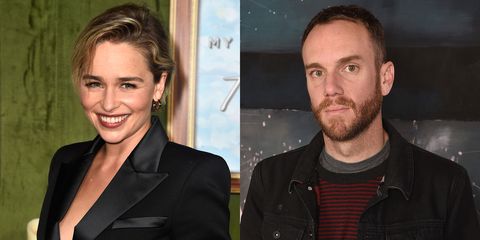 Emilia Clarke and director Charlie McDowell hinted last month they were dating by posting matching photos of their shadows during her birthday. Now, they’re being more direct. Clarke and McDowell were photographed kissing while out together in Venice, California by paparazzi. The Sun ran the photos taken of Clarke and McDowell’s kiss and generally cuddly PDA. You can see them here.

What to expect next in their relationship rollout? An eventual red carpet outing during award season, perhaps. Or a clear photo of two of them on their Instagrams. You know it’s 100 percent real when it’s Insta official.

Exclusive: Precious Lee, Meadow Walker, and More Model for Zara’s New Studio Collection
Like My Nails? Thanks, They’re Press Ons
The 15 Best Foundation Brushes I’ve Ever Tried
Zendaya on What It’s Like Being With Tom Holland in Public
Say the Names of Missing Native Women This Indigenous Peoples’ Day