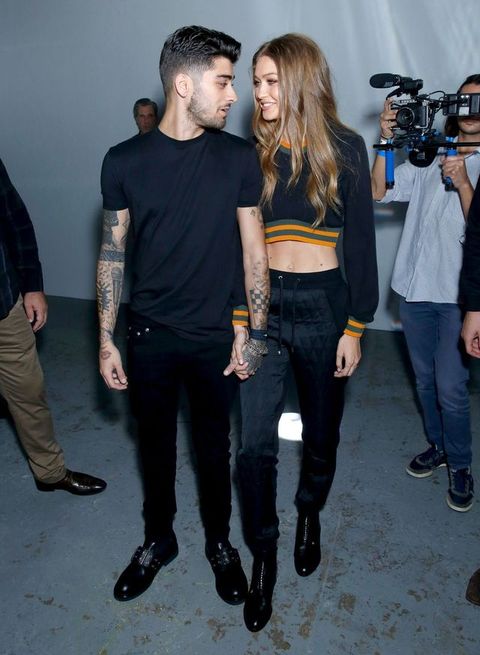 Gigi Hadid and Zayn Malik are officially back together after an on-again-off-again relationship. Their relationship was confirmed in early January, and by Valentine’s Day they were Instagram official again.

They are also apparently at the stage where they defend each other with everything they have on the internet. On Sunday, YouTube star Jake Paul tweeted the following about Malik, which did not make Hadid happy: “almost had to clap up zane [sic] from 1 direction because he is a little guy and has an attitude and basically told me to f–k off for no reason when I was being nice to him…zane [sic] ik you’re reading this…stop being angry cause u came home alone to ur big ass hotel room hahaha,” Paul wrote.

Hadid served up her own scalding response: “Lol cause he doesn’t care to hang w you and your embarrassing crew of YouTube groupies…? Home alone with his best friends like a respectful king cause he has me, sweetie. Unbothered by your irrelevant ugly ass. Go to bed…”

In his Twitter thread, Paul added how, exactly, Malik allegedly crossed him: “bro he started yelling and freaking the fuck out,” he wrote. ‘you wanna test me mate’ lol i feel bad for childhood stars.”

Between Hadid and the people who replied to Paul’s tweet, he certainly got a response.

This reply is truly Hadid’s message in GIF form. Let this be a warning who should ever come for her on Twitter.

Hilary Weaver
Hilary Weaver is a freelance writer based in New York who writes about politics, queer issues, Meryl Streep, Glenn Close, and every woman the Queen has ever made a dame.
This article was originally published by Elle.com. Read the original article here.
[dp_demo_ad_fullx90_2]