Perhaps Nava Mau was always an actress, but it took years for her to adopt the term as self-description. Born in Mexico City, as a child she performed in a junior version of Cats—her first dramatic role, one she still describes with affectionate humor—but she didn’t consider acting as a career path until years later, when she wrote, produced, directed and starred in the short film Waking Hour. She found a natural rhythm within the short-film medium, where she could wield more artistic license than was typical for a young trans Latina creator in an industry where the facade of progressivism often shielded bigotry. For one of the first times ever, she felt true autonomy over how the world viewed her.

After completing work on a few other short films, Mau was couch-surfing in Los Angeles when she received a suspicious DM on Instagram from a random account offering her an audition. The message included a typo, so she figured it was spam. But, like many hungry actresses, she was eager enough for a lead that she sent over her email address. As it turns out, the message was more than just legitimate—it was an offer to audition for the HBO Max show Genera+ion. Mau submitted her tape and, within weeks, was cast as Ana, the aunt-turned-surrogate-mother to Greta, her niece who’s struggling to come to terms with her sexuality. In the teen dramedy, Ana is a beloved guardian and role model, a welcome shift for LGBTQ characters, who often serve as narrative cautionary tales or, worse, the butt of jokes. On-screen and off, Mau exhibits a graceful confidence, one that may have required practice at first but is now comes as naturally to her as breathing. She knows she belongs on your television.

Currently at work on an anthology and looking ahead to—fingers crossed—a Genera+ion season 2, Mau chatted with ELLE.com about the importance of visibility, and the power of knowing how to take up space. 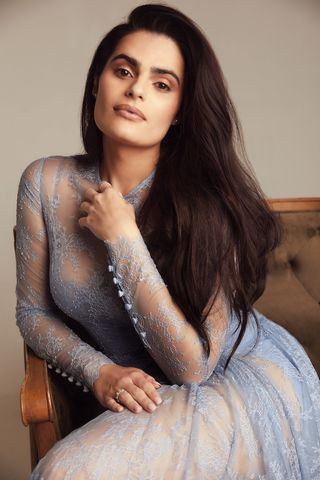 Why do you think you felt acting wasn’t a viable career until you watched yourself in Waking Hour?

Well, I had a very clear awareness of the way the world was, the way that history was. Before we started to see trans people have any roles on television and film—that were beyond them being punchlines or murder victims—it just didn’t… There was just no place. That changed in the last, like, seven or eight years. Seven or eight years ago, I was in college and trying to figure out what to do with my life. And so when looking at the world, the world told me that there was no place for me.

What about your experience with the short film gave you the perspective that there is now space?

I’m so glad that my introduction to the world of film was through independent film and through projects that I had a lot of agency over, because it showed me why we do this. It’s about telling stories that come from the heart and that can reach other people’s hearts. So when I finally got it together to create this short film, it…I don’t know how to explain it. I had never really been able to see myself fully. I got to fall in love with myself in a new way, and I got to fall in love with this art form. And I have yet to fall out of love.

What about Genera+ion captivated you? When you looked at the logline, was there something that immediately made you go, “I have to do this”?

I was really drawn to [Ana’s] honest relationship with her niece, Greta. I felt like that relationship was so unique in both of their identities, but also in their dynamic situation that they’re living through where Greta’s mom has been deported, and her trans aunt is taking care of her while she’s discovering her queer identity. That’s just such a magnificent dynamic to explore.

How did you approach the responsibility of acting as a guardian figure for Greta, someone in such a vulnerable position?

I realized from the writing that Ana’s style of parenting and mentorship is that she doesn’t really push back. She pushes forward. It’s not that Ana doesn’t have an opinion. She intuitively knows that it’s not effective to try to punish Greta for figuring out their own path. Because [punishment] is what [Ana’s] experience was, and it was not effective for her. Since Ana had such a tough upbringing and she faces such adversity every day in the world, she would never want to reproduce that with her niece.

You’ve worn a number of hats in your career so far. Writing, producing, directing, acting—is there a side of the camera that you prefer more than another?

I do really like working in a variety of capacities. I would say that my favorites are directing and acting, obviously. Writing is the bane of my existence. It sends me into a crisis and a mental health spiral every time. [Laughs]

But I think they all feed each other. It’s funny. I was directing yesterday, and I thought I had a great day. I worked with a wonderful cast and crew, and yet I did have a thought at one point where I was like, “Actually, I miss acting.” And then when I’m acting, sometimes I’m like, “Ah, I wish I could be directing.”

Along with your work in the film and television industry, you also have devoted significant time to social justice movements as a legal assistant, a peer counselor and an advocate for LGBTQ youth. I’m curious how you see your roles in film and TV coalescing with your work as an advocate.

You know, I’ll admit that, over the past few years, I’ve considered if it’s not going to be possible to continue to focus on social justice-oriented work when I’m investing so much into this career in film and television. I used to run away from creative work. I would do a little something creative and then go back to what I thought was my “real” life and my “real” career. And then I would eventually run back to the creative work.

Now, I am focusing full-time on my creative work and feeling like, maybe, I can’t meet the responsibility of cultural and political work in film and TV, so I find myself running back to it. Thus, I think that, for projects where I am leading, it is really important to me to continue to bring in the frameworks that I believe in from my cultural work. I also believe that culture change is desperately needed in the film industry, so I hope to never let go of that. That is my mission. 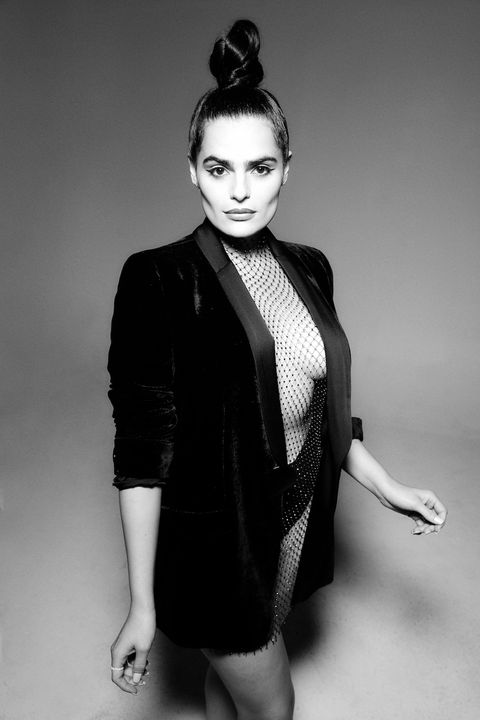 When you have had the opportunity to bridge that gap, to combine the cultural work with the creative work, where do you feel that you’ve been able to make the most impact?

I’ve really loved to create spaces and programs that bring people together that otherwise would not have had that opportunity. I am co-editing this anthology right now with four other trans women of color. It’s called Paradise on the Margins: Lessons and Dreams from Trans Women of Color. Part of the project is that we created this writing circle program. It was really beautiful to bring together five writers and trans women of color from different parts of the country for mentorship and feedback on their creative writing and to create bonds between them and between the co-editors and mentors. Especially during the pandemic, it felt like it really grounded me.

What have you watched recently that’s inspiring your work?

I watched this not so recently, but it is still always present with me. I May Destroy You. Jaw-dropping, heart-wrenching, and soul soothing, it was such a cinematic accomplishment, too. That series set the standard for me.

What other projects do you have coming up?

I took time since wrapping production of Genera+ion to hop onto other people’s projects while I am gearing up for whatever is next for me. I’m really excited about this short film that I got to work on with April Maxey. It’s called Work, and it’s about a queer Chicano who is going through a breakup, and we see her through her work day. She works in an office during the day, and she works at an underground lap dance party at night and runs into an old friend. It’s a really, really beautiful story that I hope everybody gets to see.

And recently I was on set for this short-form series called Hidden Canyons. I can’t tell you the storyline, but it always means so much to me whenever I get to work with a cast and crew of queer and trans people and with a storyline that that is about doing better for each other. So I’m also really excited for people to see season two of Hidden Canyons.

If there were one upcoming film or TV project that you could star in, what would it be?

I would love to be in the series adaptation of Dawn by Octavia Butler that’s coming up. She’s my ultimate guide and my favorite author, and that is my favorite book. And obviously I can’t play Lilith, but if I could work in any capacity on that show? Like, please, make me a production assistant!

Anya Taylor-Joy Hit the Emmys After-Parties in a Retro Lingerie Set and Cape
A Sick Scam
I Asked Amazon What to Wear to Work Right Now
Read Michaela Coel’s Powerful Emmy Acceptance Speech For ‘I May Destroy You’
For Aly & AJ, Sisterhood Has Always Been the Priority