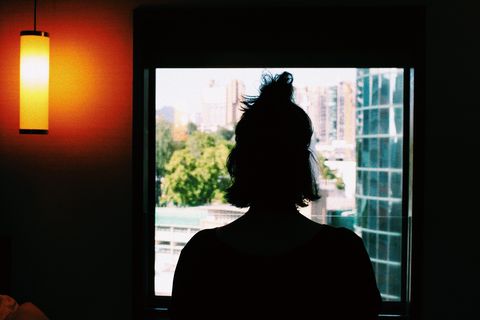 Every day, an average of 137 women from around the world are killed by a partner or member of their own family, according to a new study from the United Nations Office on Drugs and Crime. The study, which focuses on the gender-related killing of women and girls, found that of the 87,000 recorded female homicide victims in 2017, 58 percent of those women were killed by “intimate partners or family members.” And a third of the women were killed by a current or former intimate partner.

“Women continue to pay the highest price as a result of gender inequality, discrimination and negative stereotypes,” Yury Fedotov, the executive director of UNODC, told Agence France-Presse. He continued, “They are also the most likely to be killed by intimate partners and family… making the home the most dangerous place for a woman.”

More than half of the 87,000 women killed in 2017 were reported as killed by those closest to them.

The UNODC say it makes “the home the most likely place for a woman to be killed”. pic.twitter.com/bCYL8b8jkO

The report goes on to explain the cause behind these killings, saying: “Many of the victims of ‘femicide’ are killed by their current and former partners, but they are also killed by fathers, brothers, mothers, sisters and other family members because of their role and status as women. The death of those killed by intimate partners does not usually result from random or spontaneous acts, but rather from the culmination of prior gender-related violence.”

In order to prevent future homicides, the UNODC reports that national and international institutions must be doing more to protect women, including introducing legislation that addresses domestic violence and sexual harassment. Women must also be able to access coordinated criminal justice, health, and social services, including shelter and legal aid.

Just a week ago in America, intimate partner-related violence swept headlines when Dr. Tamara O’Neal was shot dead at a Chicago hospital by her ex-fiancé. And similar homicides happen every day, whether we hear about it or not. For ways to help, find the U.N. Women’s guide to ending violence against women, here.