It’s June, we’re still in the midst of a pandemic, and while we’d normally be celebrating the kickoff to summer and Pride month, we’re in the midst of international crisis, with unrest finally coming to a head. We are urging the world to face the person in the mirror and change their harmful, dangerous ways, to fight to end the horrific treatment of black and brown people in America by police. George Floyd, whose life was tragically cut short by police officers, has finally been laid to rest in his hometown of Houston. Protesters all over America are still in the streets, calling for justice in his case, as well as for Ahmaud Arbery, Breonna Taylor, Tony McDade, Iyanna Dior and many, many others. Everything feels broken, and people are tired. 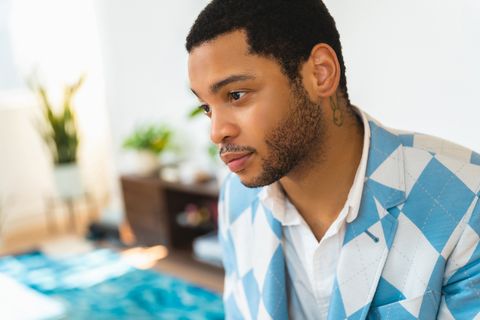 While it’s still Pride month, members of the community are using their platforms to speak out about the injustices that plague BIPOC people and the LGBTQIA+ community. To kick off the celebrations at Hearst, Hearst Black Culture hosted a conversation with Ryan Jamaal Swain, an actor in the hit TV show Pose. Swain is no stranger to using his platform. A self-proclaimed lover of people, he sat down with Tommy J. Atkins of Hearst Media to discuss his views on black liberation, effective ally ship, and intersectionality. Watch below.

On his activist roots

On the Black Lives Matter movement

On why he speaks out

On the context of his activism

Hearst Black Culture (HBC) is an employee resource at Hearst Magazines, founded in 2019 by Arianna Davis, Sandy Pierre, and Tommy J. Atkins. It is Hearst Black Culture’s mission to serve as a networking organization for black employees at the company across all divisions. HBC aims to amplify black voices and perspectives through storytelling, advocacy, recruitment, and events.

Kia Goosby
Kia Goosby is a Fashion Editor for Hearst Fashion Group, who forever loves Atlanta, R&B music, believes butter with a side of bread makes everything better, and just so happens to cover all things in fashion for her main 9 to 5.