The moment royal fans have been waiting for has finally arrived. Season 4 of The Crown, which debuts on Netflix today, takes place throughout the late 1970s and 1980s, and the premiere wastes no time delving into the juiciest storyline of all: Prince Charles (Josh O’Connor) and Princess Diana’s (Emma Corrin) ill-fated marriage.

Within the opening moments of season 4’s first episode, Charles has already encountered the teenage Diana Spencer, who was 12 years his junior at the time. Their meeting is unconventional for many reasons—for one, Charles was dating Diana’s older sister, Sarah, at the time—but sets the stage for a tempestuous romance that’s already raising flags by the end of the episode. So how close to the truth is The Crown‘s depiction of Charles and Diana’s first meeting in episode 1, “Gold Stick”? Read on for a primer. 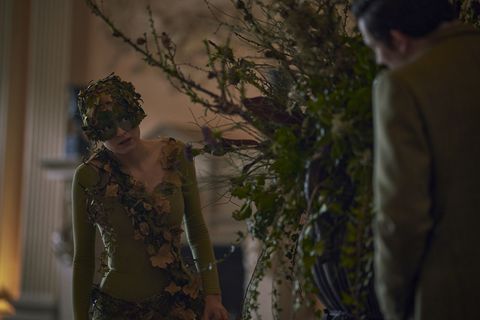 How did Charles and Diana meet?

Technically, the two probably met when Diana was a child. The Spencer family had long-standing ties to the royals—both of Diana’s grandmothers served as ladies-in-waiting to Queen Elizabeth, the Queen Mother—and Diana reportedly played with Charles’s younger brothers, Edward and Andrew, in her early years.

Their first meeting as adults came in 1977, when Charles was dating Diana’s older sister Sarah Spencer. That relationship didn’t last long, mainly because Sarah gave a magazine interview in which she said she didn’t love Charles and wouldn’t marry him “whether he were the dustman or the King of England.” But it was also Sarah who introduced Diana to Charles, leading her to declare herself “Cupid” after the couple’s engagement years later.

That’s not exactly how The Crown depicts things. In the show, Diana sneakily takes the opportunity to meet Charles while he’s at the Spencer house waiting for Sarah. Not only does Sarah not introduce them, but she gives Diana strict instructions to stay out of sight. Diana, though, is apparently “obsessed” with the idea of meeting Charles, and watches sadly from a window as Sarah and Charles disappear into the distance together.

Where did Charles and Diana meet?

In both The Crown and in real life, the couple’s fateful 1977 meeting took place at Althorp, the Spencer family home. In real life, he was there for a grouse hunt—in their February 1981 engagement interview, Diana described them meeting “in a plowed field”—whereas in the show he drops in to pick Sarah up for a ride out to “a lodge, where they can be alone.” So much for that! 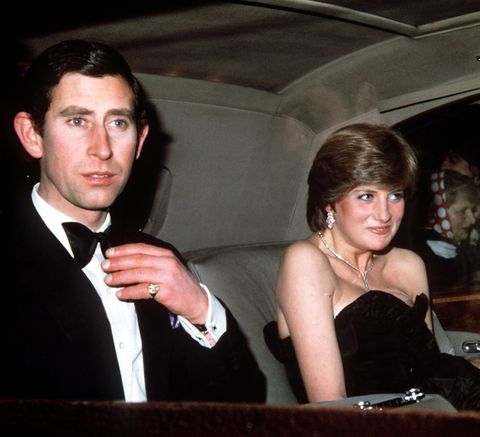 Charles and Diana arrive at Goldsmith’s Hall in London for their first royal engagement together: March 9, 1981.

Was Diana really dressed up?

The Crown depicts a charmingly kooky meet-cute between Charles and Diana in which Diana is dressed as a woodland sprite—part of a school production of A Midsummer Night’s Dream. It’s a subtle reminder of just how young she is at this point. The fact that Diana’s wearing a mask over half her face also doesn’t feel like a coincidence, given how much the season ends up being about Charles and Diana’s public personas. Diana begs Charles not to mention their meeting to Sarah, and he agrees—before breaking that promise less than a minute later. Again, setting the tone for things to come in this relationship! The costume, like most of the details of this meeting, seems to be pure creative license on the part of Peter Morgan and his writers.

But if the details are fictional, the spirit of the meeting seems to be accurate. During their engagement interview, Charles described their first encounter: “I remember thinking what a very jolly and amusing and attractive 16-year-old she was. I mean, great fun, and bouncy and full of life and everything.”

What impact did Lord Mountbatten’s death have?

The central event of episode 1 is not Charles and Diana’s fleeting meeting, but the death of Charles’s grand-uncle and mentor, Lord Mountbatten (Charles Dance), who is assassinated in an IRA bombing. Charles is deeply shaken by the loss of Mountbatten, who often served as a father figure to the heir in place of his own distant dad. Shortly before his death in the show, Mountbatten sends Charles a stern letter essentially telling him to shape up, give up his playboy ways, and get his act together.

“The choice of a woman is an issue around which the last Prince of Wales came to grief,” Mountbatten writes to Charles, referring to Edward VIII. “It astonishes me that 40 years after the abdication, you’re making so little attempt to conceal your infatuation for another man’s wife.” He’s referring here to Camilla Parker-Bowles, who Charles had been in love with for years and was still having an affair with, despite her marriage. Mountbatten advises Charles to find a “sweet, innocent, well-tempered girl with no past, who knows the rules and will follow the rules.” Enter Diana.

Although the words differed, Lord Mountbatten really did write two very similar letters advising Charles to find a suitable wife. “I believe, in a case like yours, the man should sow his wild oats and have as many affairs as he can before settling down, but for a wife he should choose a suitable, attractive and sweet-charactered girl before she met anyone else she might fall for,” he wrote in February 1974.

Then, on April 21, 1979, Mountbatten wrote Charles a note chastising him for leaving a family vacation early: “I thought you were beginning on the downward slope which wrecked your Uncle David’s life and led to his disgraceful abdication and his futile life ever after,” the letter said. It’s likely Charles last wrote to Mountbatten in an August 13 letter: “I hope you are having a decent rest in Ireland and are not working unnecessarily hard.”

In July of 1980, Diana and Charles were both invited to stay at the home of a mutual friend, Philip de Pass. “He’d just broken up with his girlfriend and his friend Mountbatten had just been killed. I said it would be nice to see him,” Diana recalled of this reunion in the documentary Diana: In Her Own Words. “We were talking about Mountbatten and his girlfriend and I said, ‘You must be so lonely.’ I said, ‘It’s pathetic watching you walking up the aisle with Mountbatten’s coffin in front, ghastly, you need someone beside you.’ Whereupon he leapt upon me and started kissing me.” (The line is very similar to how Diana greets Charles at Anne’s horse-jumping competition at the end of “Gold Stick”: “I just wanted to offer my condolences. It must have been completely devastating for you. And your reading at the Abbey, how you held it all together under the circs—I don’t know you did that. It was utterly brilliant.”)

And the rest is history.

Kourtney Kardashian and Travis Barker Were Photographed Making Out in Santa Barbara
What Zendaya and Tom Holland’s Relationship Is Like: They ‘Balance Each Other Out’
Hannah Waddingham Shows Her Soft Side
I Finally Found the One… Face Scrub for Me
Why Jennifer Lopez, Ben Affleck and Her Ex Alex Rodriguez Were Purposely in the French Rivera at the Same Time