Selena Gomez might have spent her quarantine days making gourmet dishes look easy on Selena + Chef, but now she’s (safely) back at work out in the world, filming a comedy series with Steve Martin and Martin Short. On Saturday, she was seen wearing a big furry orange coat, a black turtleneck sweater, a gray mask, white hot-top boots, and hoop earrings. 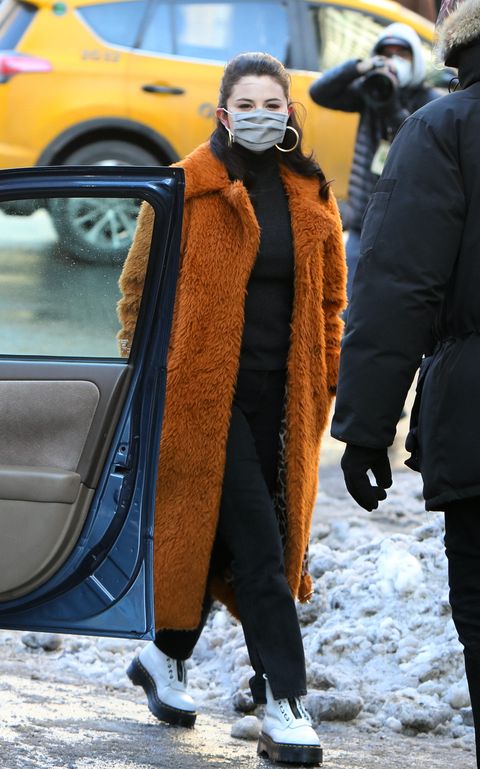 Here she is getting cozy on set: 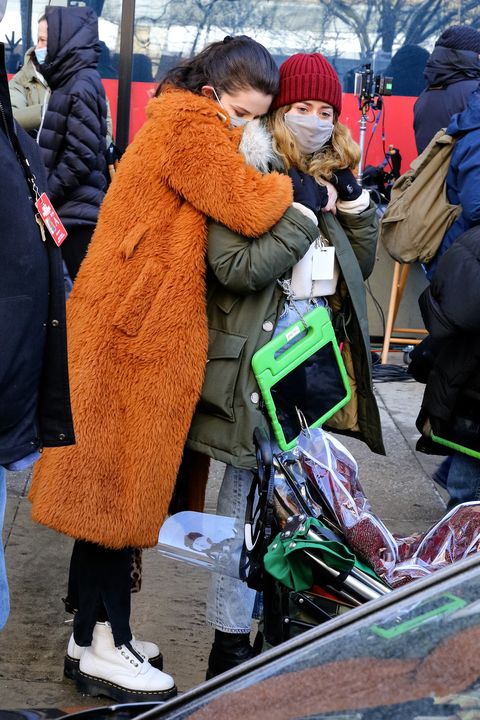 Gomez has been in the city for the past few weeks filming the new show, which currently doesn’t have an airdate. In an interview with The Daily Beast last August, Short described the show by saying “it’s about three people who live in one of those upscale apartment buildings in New York. They see each on the elevator, they kind of nod, but they never really speak. They don’t even know each other’s names. And then you find out that each one of them goes to their individual apartments and just turns on true crime and obsesses. And then one time they’re in the elevator with this fourth person. And they find out that fourth person is killed and they’re determined to solve it. But they make a pact: only murders in the building will they solve. Because they can’t be bothered to go outside.”

Gomez first spoke out about the project around the same time, when Martin confirmed on Twitter that the actress would be joining the cast.

“Sooo exciting to work with the legends themselves,” she wrote.

Gomez herself is a true-crime fan IRL, so she’s probably having a blast filming this show (and looking incredible while she’s at it).

Why Meghan Markle Reportedly Chose Not to Have a Baby Shower for Her Daughter
7 Chic Statement Accessories You Need This Summer
Ryan Reynolds Thanks Blake Lively for Being ‘the Heart and Soul’ of Their Family
Shelf Life: Alison Bechdel
Olivia Munn and John Mulaney Are Reportedly Dating: ‘This Is Very New’