Goodness knows that when it comes to choosing which actor, series, or TV movie to honor with an Emmy, the Academy hasn’t always done the right thing. But this year’s Emmy nominations have actually given us a lot more to be excited about than not. Though the consistently stellar Better Things and One Day at a Time are frustratingly ignored once again—seriously, what do Justina Machado and Pamela Adlon have to do to get some respect?—there are certainly other things to smile about.

Let’s dig into all of it: the good, the bad and the WTF.

The Emmys aren’t known for throwing a bone at genre series and performances—that is, “niche” classifications like science fiction and horror. But this year, the Television Academy finally made up for that oversight by recognizing not one, not two, but three different genre contenders. Watchmen mopped the floor with literally every other series, garnering an astounding 26 nominations. Cast members including Regina King, Jovan Adepo, and Louis Gossett Jr. were all nominated for their performances.

Stranger Things also earned a much-deserved nomination for Outstanding Drama Series. Jason Bateman, a double nominee (more on that in a bit), was also recognized in the Guest Actor in a Drama Series category for The Outsider. What We Do in the Shadows and The Mandalorian got some love in the Outstanding Comedy and Drama Series categories, respectively. And Giancarlo Esposito, also a double nominee (he’s nominated for his performance in Better Call Saul), was recognized for The Mandalorian.

Ramy is snubbed for Outstanding Comedy. 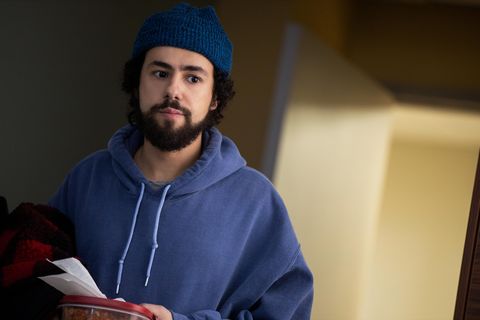 By far, Ramy was one of the best series of 2020—and yet it received nary a mention in the outstanding comedy series category (surely, it could have replaced the Curb Your Enthusiasm nod). Granted, its eponymous showrunner and star, Ramy Youssef, was rightfully nominated, along with the eternally great Mahershala Ali, but the series itself deserves love as well. It masterfully deconstructs the boundaries of religion, morality, and sexuality through the lens of a Muslim American (Youssef) unabashedly struggling to figure it all out.

The amount of talent among women in comedy is staggering across the board.

We always knew that women were frickin hilarious, but the Emmys have, for once, rounded up a pristine list of contenders that rule the genre. Christina Applegate (Dead to Me) and Rachel Brosnahan (The Marvelous Mrs. Maisel) are no strangers to the Emmys, and both are at the top of their game, but it’s equally terrific to see some lesser-recognized and equally deserving names like Issa Rae and Yvonne Orji (both for Insecure) as well as the ladies of Schitt’s Creek and the great Linda Cardellini (Dead to Me). The latter’s heartfelt delivery on a comedy series as dark as coal is especially excellent. At the risk of sounding cheesy, every woman here is already a winner.

Schitt’s Creek earns every last one of its 15 nominations.

From its inception, Schitt’s Creek has been hilarious, poignant and sincere—and the Emmys finally think so too! In the past, Catherine O’Hara and Eugene Levy were the only SC actors the Academy considered worthy of recognition. But this year, it added the other two standout lead actors, Dan Levy (who’s also the showrunner) and Annie Murphy, as well as noms for casting, costumes, directing, editing, hairstyling, makeup, sound mixing, and writing. What a way for a perfect series to go out.

The Morning Show nods make the One Day at a Time and Better Things snubs that much more egregious.

Someone has to say it: The Morning Show is confounding at best, infuriating at its worst. The series exploring the rampant toxic corporate structure is not nearly as smart as it thinks it is, even committing the cardinal sin of sacrificing its characters of color to advance the storylines of their white counterparts. Thus, the nods for lead actors Jennifer Aniston, Billy Crudup, Mark Duplass and Steve Carell should—like the rightfully absent nomination in an outstanding drama series—not exist. Save those slots for performances that deserve it.

Ozark gets some respect. 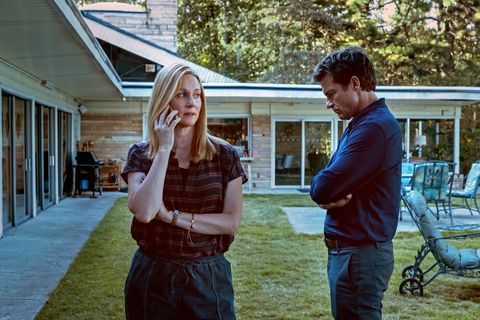 Like clockwork, every time Ozark wins an award, Twitter always ask, WTF is Ozark? Well, to preempt that question, it’s a terrific series centering a criminally corroded family in the Ozarks. Every season they sink deeper into the moral abyss—betraying each other and their allies in the process—and it is can’t-miss television. This year’s Emmys clearly think so too, because stars Laura Linney and Jason Bateman are nominated as well as supporting actress Julia Garner and the series itself. The only letdown? Janet McTeer, who is incredible in her final season, gets shut out. That’s a major oversight by the Academy.

Zendaya gets a seat on the throne.

Zendaya’s performance on Euphoria is so electrifying, raw, and entirely surprising, all I can do is stan. It’s exciting to see her name listed among the greats here.

Okay but seriously, when is Mandy Moore going to be nominated?

Not to take away from Sterling K. Brown’s transcendent performance on This is Us, but he’s definitely not the only actor worthy of a nomination—yet he’s usually the only one who makes the nominations list. (Though the iconic Phylicia Rashad is nominated for the second year in a row for her triumphant guest performance, and she has never won an Emmy throughout her decades-long career). As far as snubs go, Milo Ventimiglia is always fantastic, and the oft-overlooked Mandy Moore, the only member of the cast who acts in every era of this multigenerational show, is simply breathtaking to watch. Give her her due.

It should come as no surprise that Succession, the ethically demented and wildly popular drama about a disgustingly rich family, earns tons of Emmy love—including nods for actors Jeremy Strong, Kieran Culkin and the series itself. But Sarah Snook’s Shiv Roy, a decadently deviant member of the clan, was left out of the awards discussion—until now. With a supporting actress in a drama nom, she’s finally getting her long overdue props. Good on the Emmys. 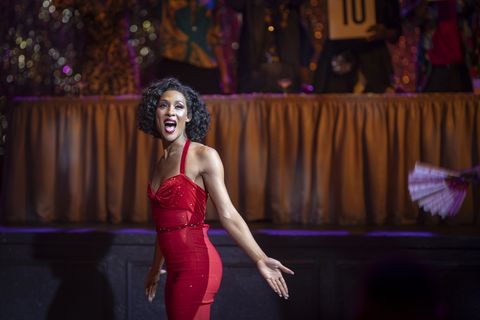 I could literally copy and paste what I said last year when Pose star Billy Porter was deservedly nominated (and later won) for his role as cisgender ballroom emcee Pray Tell: What about his trans costars, especially MJ Rodriguez? Surely the Emmys could’ve made room for her portrayal of a house mother struggling to reclaim her identity amid a changing scene.

More head scratching nominations, including for Self Made.

In addition to the fact that its title should be hyphenated, Self Made is a bafflingly awful, anachronistic series that needed a lot more time in the incubator before it premiered. Star Octavia Spencer is a much better performer than the show allows her to be, so this nomination is a major reach. And speaking of stupefying noms, you can go ahead and add Tituss Burgess in the ridiculous Unbreakable Kimmy Schmidt: Kimmy vs. The Reverend special; Jeremy Irons aimlessly roaming the ether in Watchmen; and Bette Midler in the mediocre The Politician.

And while we’re at it, who on earth understood what actually happened on the last season of Westworld? Thandie Newton and Jeffrey Wright are terrific actors, but honestly, what were they doing?

Reese Witherspoon gets shut out completely.

Reese Witherspoon starred in three series over the last year—all of which are nominated in other areas—and yet she received nary an acting nod. Granted, The Morning Show is a mess. I am in the minority as a tepid fan of the final season of Big Little Lies, but Witherspoon is really good on Little Fires Everywhere. The latter was recognized in the outstanding drama series category, and co-star Kerry Washington also earned a nod. But Witherspoon and Lexi Underwood, who plays Washington’s daughter on the show, certainly delivered laudable performances.

Despite polarizing reviews, creators Ryan Murphy and Ian Brennan’s Hollywood got lots of love from the Emmys. In addition to breakout star Jeremy Pope, veterans Dylan McDermott, Jim Parsons, and Holland Taylor all earned nominations for helping humanize the tortured Hollywood system of the 1940s—and overthrowing it in their storylines. A happy ending after all.