Spoilers for Hulu’s The Great, below.

My rapturous two-day binge of Hulu’s The Great was immediately followed by the sinking feeling that a second season could be years away. The series, which stars Elle Fanning as Catherine the Great and Nicholas Hoult as Peter III, is the chaotic, violent, sensual, unhinged relative of Sofia Coppola’s Marie Antoinette and Yorgos Lanthimos’s The Favourite. Tony McNamara, the Oscar-nominated screenwriter behind the latter, previously hadn’t confirmed his latest show would extend beyond its 10 delicious episodes.

But, huzzah, Hulu confirmed that a second season of The Great is on the way. Ahead, everything we know about the status of season 2—and a case for why The Great deserves one.

A second season has been confirmed.

The show tells a revisionist history of the 18th-century Russian rulers’ rocky marriage, and it was initially reported as a limited series. But by the end of the finale, the Empress has only sampled her first taste of power. “This season doesn’t end the way you think it’s going to end,” Fanning admitted to Entertainment Tonight. “[Tony]’s definitely thinking about [season 2]. He has some idea.” Luckily, Hulu confirmed that Catherine and co. will return for a second 10-episode installment.

Both of the show’s lead actors previously teased their involvement with another season. Without divulging details, Fanning previously confirmed to ET: “If they wanted to do it, I would do it right away.” It also seemed that Hoult was already involved. Variety reported the actor exited the upcoming seventh Mission Impossible movie because filming “overlapped with the production of season 2 of The Great.”

All the main cast members will likely return—with one major exception.

For a show full of bloodshed, the central characters remain alive at the end of season 1. Those likely to return include Fanning as Catherine, Hoult as Peter, Phoebe Fox as Catherine’s maid Marial, Sacha Dhawan as bureaucrat Orlov, Adam Godley as religious advisor Archie, Gwilym Lee as Peter’s right-hand man Grigor Dymov, Charity Wakefield as Peter’s frequent mistress Georgina, Belinda Bromilow as the colorful Aunt Elizabeth, and Douglas Hodge as General Velementov. However, Catherine’s lover Leo (Sebastian De Souza) may have met his death. (Though we don’t see his demise onscreen, so anything is possible.) 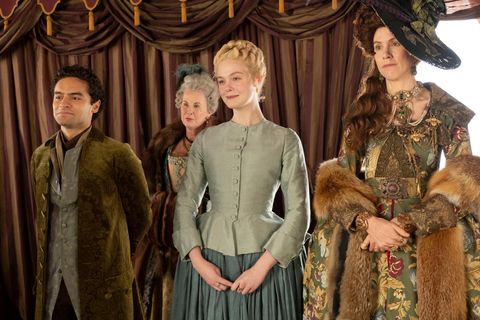 The first season ends with a heartbreaking cliffhanger.

The Great‘s finale follows Catherine on her 20th birthday. As a present to herself, she decides to toss aside her meticulous months of planning by making a last-minute decision to kill Peter that day. Meanwhile, Peter is grappling with the fact that he may actually love his wife, and is determined to get her to say it back to him by day’s end.

In other events, Aunt Elizabeth realizes Catherine’s plans to overthrow Peter. While distressed, she doesn’t rat her out to the Emperor. “Most women die with an unsaid better idea in their hearts,” she concludes. General Velementov prematurely begins the coup, soldiers in tow. Plus, Orlo and Archie physically fight each other for power. 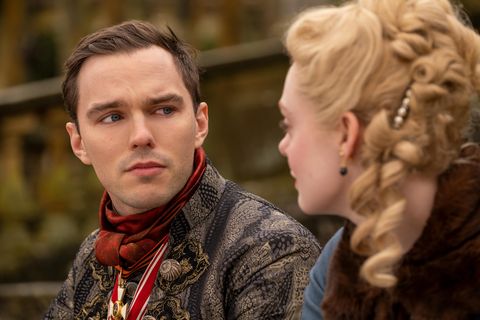 Catherine’s plans to eliminate Peter are complicated by his birthday gift to her—a visit from her idol, Voltaire (Dustin Demri-Burns). “You are the oddest of creatures,” she tells her husband afterwards. “Cruel and thoughtless, tender, entertaining, and bizarre—I’m fond of you. In some ways, you break my heart.” When Catherine lunges forward with a knife to kill Peter, he misinterprets her coup attempt as foreplay. But that confusion is set right when Marial tells Peter of his wife’s plan—and reveals Catherine is pregnant with his heir.

In the end, it’s a love story—his for her and hers for Russia. As Peter holds a knife to Catherine’s throat, they bargain about the fate of the country and their relationship. “You love me and you love Paul,” she says, naming their unborn child in an attempt to win his sympathy. “You won’t kill us.” Peter won’t, but he will ask that Catherine end the coup or lose Leo, her assigned companion turned real-life lover. After consulting Voltaire, Catherine sacrifices Leo for the sake of her adopted country. Catherine and Peter are bonded by mutual delusions—his that she will fall in love with him, hers that he’ll allow her to rule. 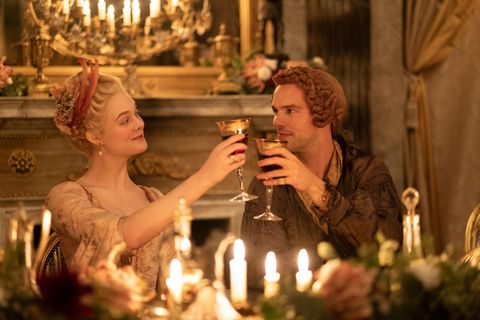 There’s much more of Catherine the Great’s story to explore.

From the beginning, The Great does not purport to be a historically accurate retelling of Catherine the Great’s life. A title card at the beginning of each episode reads “*an occasionally true story.” Based on McNamara’s 2008 play of the same name, The Great is the kind of period piece where every character inexplicably speaks in a British accent.

But despite the creative liberties (Catherine was 14 when she married Peter, not 19, and she lived with him for decades before staging her coup, not six months), there’s still much to her story. For one, Catherine didn’t rise to power until after the birth of her son Paul, a storyline teased in the finale. And she reigned for 34 years, so there’s a lot of content to dig into.

Executive producer Marian Macgowan said they had mapped out several seasons of the show. “We initially pitched six seasons. So we believe there’s sufficient material to take us through until she is an old woman,” Macgowan told Decider. When Fanning was asked about the timeline for season 2 by Entertainment Weekly, she confirmed it would pick-up with the characters at a similar age. (No The Crown casting changes here.)

It’ll likely be years before season 2 of The Great hits the screen.

Before opening your stash of macaroons and breaking glasses, we must remember the state of the world. It will likely take more than a year before we get our promised second season. The first was ordered in February 2019 and didn’t debut until May 2020. Plus, nearly every film or TV production is delayed due to the coronavirus pandemic. 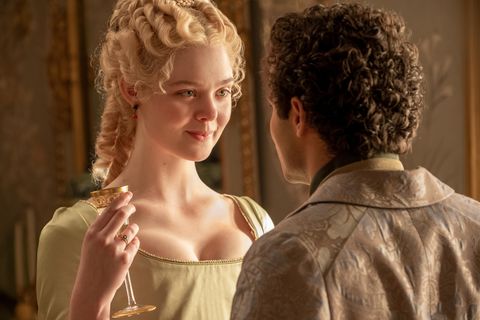 Until then, we’ll just rewatch Catherine teaching Peter how to say touché.

Stream season 1 of The Great now.

Sign up for Hulu here or as part of the Disney+ bundle here.