Spoilers for season 2 of The Politician ahead.

Season 1 of Netflix’s The Politician took us through the halls of Saint Sebastian High School as Payton Hobart (Ben Platt) ran for student body president. The second season, which dropped on June 19, followed his ambition to New York as he attempted to unseat longtime incumbent Dede Standish (Judith Light) in the State Senate race. And if that stirring glance to Dede in the finale is any indication, a third season would place us with Payton in the corridors of the West Wing.

Created by the outlandish braintrust that is Ryan Murphy, Brad Falchuk, and Ian Brennan (Glee, Scream Queens), The Politician launches Payton into the national spotlight in season 2. After a presumed tie, Dede concedes the Senate race to Payton and flees to D.C. for a spot on Georgina Hobart’s (Gwyneth Paltrow) presidential ticket. (More on that later.) “For someone who has staked his future on winning elections, I don’t win many elections,” Payton remarks in the finale, although a stolen ballot box later confirms him as the true victor. But it’s Dede’s offer of her future VP slot to Payton that shifts everything.

If you’ve binge-watched all seven episodes of season 2, read on to see where season 3 could take Payton and co. next.

Ryan Murphy envisions a third season of The Politician.

The first seal of approval needed for a Ryan Murphy show to continue comes from the visionary himself. “I would like to do, and I think all of us involved in it would probably like to do three seasons total,” Murphy confirmed in a recent interview with Collider.

…but a release date is likely years away.

While Murphy wants season 3 of The Politician to be its final installment, viewers will have to wait for that conclusion. The Politician premiered on Netflix in September 2019 and returned for season 2 less than a year later. (Refinery29 confirmed via Netflix that all of season 2 was filmed pre-pandemic, minus a FaceTime call scene between Paltrow and Light shot “during the stay-at-home orders.”)

But the gap between the second and third seasons would be less about a coronavirus delay and more about Platt’s age. “What I would love to do is take a couple of years off and have Ben Platt get a little bit older for his final race,” Murphy told Collider. “That would obviously be a presidential race, right? That’s always what we had designed, and I think that’s what our plan is. I’m going to wait. Ben is young, so I want to wait a couple of years to figure out how we age him up a little bit. But that’s always been my plan.”

Murphy is also notoriously busy on a variety of projects, including FX’s Impeachment: American Crime Story, focused on Bill Clinton’s impeachment and his affair with Monica Lewinsky; a film adaptation of the musical The Prom; new seasons of both Pose and American Horror Story; and AHS spin-off American Horror Stories.

After a season of scheming, Payton’s bid to be New York state senator came down to a game of rock, paper, scissors. (Really.) For most of the campaign, Payton trailed Dede by a wide margin. He only closed in on her polling numbers by exposing her for not being part of a throuple, then inspiring a surge of young voters with his fight to combat climate change. In the end, the unlikely opponents tied and the aforementioned game was used as a way to crown a victor.

Influenced by his youthful passion (and her own White House desires), Dede conceded the race to Payton and headed to Washington. In another stroke of political fantasy, Paltrow’s Georgina Hobart won both the California gubernatorial race and later, the U.S. presidency. She asked Dede to serve as her vice president. 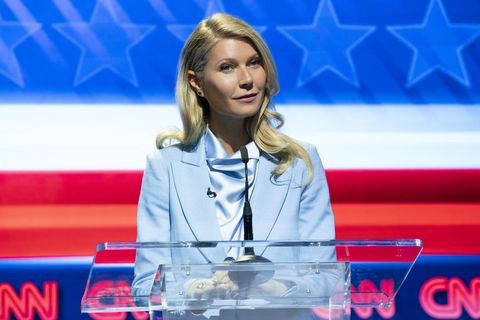 The final moments of season 2 jump forward two years, as Payton reflects on his eco-friendly accomplishments in New York. He’s running unopposed in the upcoming election and tells his team he’s only focused on his current position, not lobbying for another. But that all changes when Dede offers Payton the position of vice president when she runs four years from now. (The unpredictable Georgina can’t be bothered with a second term.) Although he doesn’t give her an answer, it’s likely Payton will head to Washington.

Most of the colorfully dressed cast will return.

By the end of season 2, most of The Politician‘s larger-than-life characters remain in Payton’s orbit. His campaign team includes Laura Dreyfuss as McAfee Westbrook, Rahne Jones as Skye Leighton, Theo Germaine as James Sullivan, and Ryan J. Haddad as Andrew Cashman. He’s also got new wife (Julia Schlaepfer) completing medical school by his side, as well as their son Archie. 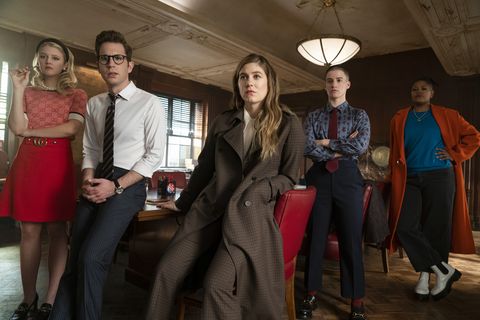 Light will certainly be back as Dede Standish, as will her former campaign manager Hadassah Gold (Bette Midler), who served as Georgina’s Chief of Staff. Others that could be back include Paltrow as Payton’s politically minded mother, Deutch as Infinity Jackson, and Lucy Boynton as Astrid Sloane. Season 2 did lose a few cast members from the first season, including Jessica Lange, Dylan McDermott, Bob Balaban, and January Jones. This could be the case for periphery season 2 characters played by Teddy Sears, Joe Morton, Sam Jaeger, and Heather Burns. However, anything is possible, considering the return of Hollywood‘s David Corenswet as the late River, who serves as Payton’s inner voice. 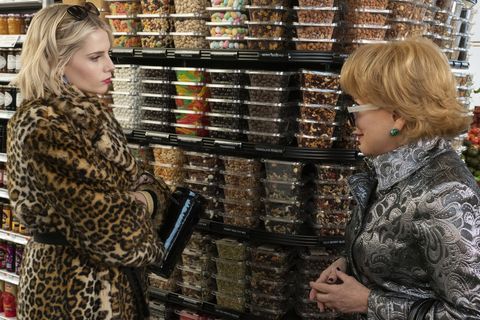 Season 3 would need to answer a few lingering questions.

While the end of season 2 firmly sets Payton on a path to the presidency, much remains unknown about what will happen next. Ahead, a few of the questions in need of answers in season 3.

How will Payton’s VP campaign impact his new marriage?

At the season 2 time jump, Payton and Alice are newly married and parents to their young son. Alice is managing to raise a toddler, attend medical school, and maintain a perfect beauty routine. But could Payton’s return to his ladder-climbing ways put his new equal partnership in danger?

Who is McAfee’s fiancé?

Early in season 2, McAfee struggles with a codependent relationship between herself and fellow campaign staffers Skye and James. The woman can’t even go on a date without her colleagues crashing the evening. But in the time jump, we see McAfee has met and gotten engaged to a mystery man. Does he play a role in Payton’s political strategy moving forward?

What does an America with Georgina Hobart as president look like?

After running for governor on a platform of secession for the state of California, Georgina instead makes her way to the Oval Office, and there is so much we want to know about her tenure. Dede teases her singular leadership style, telling Payton that she and Georgina are going to change the age required to be president (currently, it’s 35) as part of a “Let’s Fix the Dumb S**t in the Constitution” initiative. 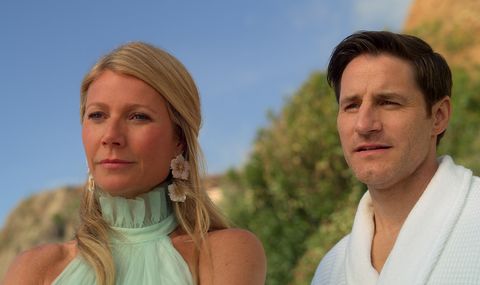 An even more important question: Will we get more winks to Paltrow’s real-life celebrity in future episode titles? “Unconscious Throupling” and “What’s in the Box?” were among this season’s gems.

Watch season 2 of The Politician on Netflix