In any other year, news that Vanessa Hudgens will potentially play four lookalike characters in the same Netflix Christmas movie would stun me. But amid 2020, a third movie in the identity-swapping Princess Switch franchise just makes sense. Netflix announced the release date for The Princess Switch: Switched Again, a sequel to the 2018 original film, on Wednesday. The streaming service also confirmed the movies will follow in A Christmas Prince‘s footsteps to become a trilogy.

The sequel will drop on Thursday, November 19, one of several holiday films coming from Netflix this year. Hudgens will reprise her dual roles of lookalikes Duchess Margaret Delacourt and baker Stacy DeNovo and add the character of Margaret’s party girl cousin Fiona to her résumé. The movie’s plot is reminiscent of the first, which saw the identical Margaret and Stacy switch places and find love while living out each other’s daily routines. Netflix’s description of the sequel reads:

When Duchess Margaret unexpectedly inherits the throne to Montenaro and hits a rough patch with Kevin, it’s up to her double Stacy to save the day before a new lookalike, party girl Fiona, foils their plans. 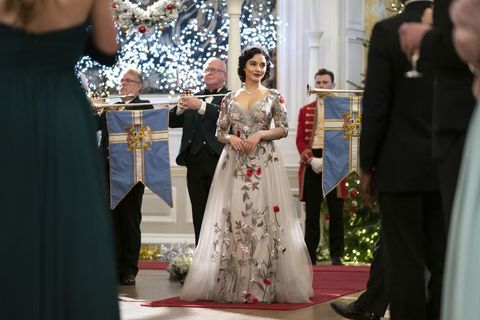 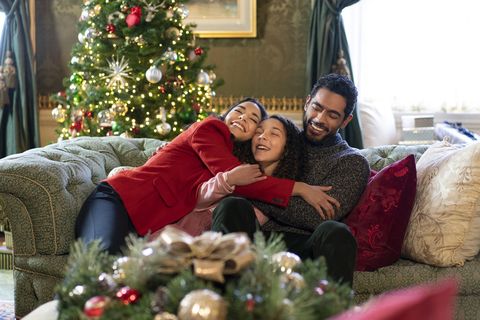 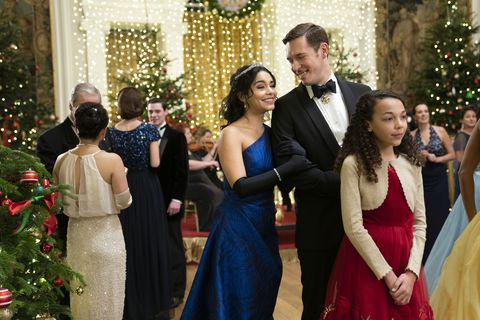 Sam Palladio (Nashville) and Nick Sagar (Shadowhunters) are returning as the franchise’s love interests Edward and Kevin, respectively. This will be the third year in a row that Hudgens has headlined a Netflix holiday film, following 2018’s The Princess Switch and last year’s The Knight Before Christmas. Production on the untitled third Princess Switch movie will begin in Scotland later this year and air in 2021, per Entertainment Tonight.

For those keeping track at home (just me?), this news means Hudgens will have been in as many Princess Switch movies as High School Musical releases. A new era is upon us.

How To Watch US Women’s Gymnastics Compete In The 2021 Tokyo Olympics
<i>Never Have I Ever</i> Season 3: Here’s What We Know So Far
ELLE Beauty is Going LIVE with Verishop
All The Details About Marc Jacob’s Face Lift
18 Famous Faces Who Started Out as Beauty Queens