Fox’s The Masked Singer features everything that makes a weird and wacky show weird and wacky: costumes with multiple components, a judge (Ken Jeong) who always has an outlandish thing to say, and characters with names that sound fake. An example? Whatchamacallit.

Tonight, Group B will perform for the third time during season 4, and we will see Whatchamacallit (who wears a costume that can really only be described by that name), Crocodile, Serpent, and Seahorse. Two characters have already been eliminated from this group; Gremlin turned out to be Mickey Rourke, who, in true Mickey Rourke fashion, unmasked himself, while Baby Alien was NFL player Mark Sanchez.

This character has seriously stumped the judges in weeks past. “I love a bedtime story, and I’m an open book, so, Ken, you should know exactly who I am,” Whatchamallit said to the comedian in episode 4. This definitely stressed out Jeong, who takes pleasure in coming up with the most unreasonable guesses. But now it seems he really needs to take this one seriously.

Panelist Jenny McCarthy said she thought this hairy character was NFL player Cam Newton, though Robin Thicke mentioned Newton would be too busy playing football to be on the show. Thicke’s guess, though, was also a football player: Terrell Owens. Jeong went in the other direction and guessed Armie Hammer. “It ain’t no damn Armie Hammer, but it was a damn good performance,” host Nick Cannon said of Whatchamacallit’s performance of “Money Maker” by Ludacris.

We already had a football player on the show in the form of Mark Sanchez, so it seems like an NFL player is an incorrect guess.

Here’s what the fans think. 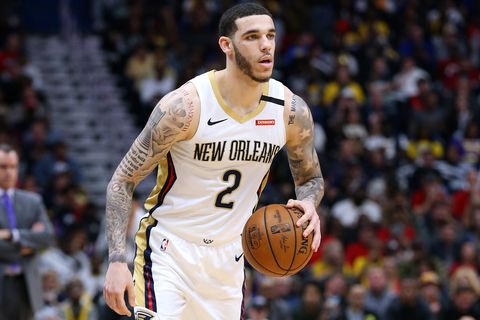 This seems to be the top guess, according to the internet. First off, this character is tall, and fans think his height matches Ball, who is 6’1. This person has a very good voice, but as ScreenRant points out, the New Orleans Pelicans player also has two albums, Born to Ball (2018) and BBA (Bounce Back Album), which he released this summer.

The longstanding Saturday Night Live cast member is pretty busy trying to stay healthy to be on TV in New York City every weekend, so it’s a little confusing why he would fly out to Los Angeles to film this talent show. But some commenters on YouTube are convinced he’s behind this costume.

Some people are pretty certain this character is a professional rapper. There was a hint featuring 50 cents in the clues package, but that seems a little too on the nose. Still, there’s a chance…

There is a clue that references a children’s book, and Durant is the subject of a children’s book by Michael Sandler. The NBA player also rapped with LeBron James in a song called “It Ain’t Easy,” which was recorded during the NBA lockout in 2011 and released in full in 2018. The clues package also mentions the singer’s mom, and Durant’s mother, Wanda Durant, and been a huge influence on him.

The 12 Best Nail Stickers For An Instant Professional Manicure
Find Out What Movie Everyone Was Obsessed With the Year You Were Born
How Old Is The Cast of Netflix’s <i>Outer Banks</i> Now?
Surf’s Up: ELLE’s July Shopping Guide
A Complete Timeline of Rihanna and A$AP Rocky’s Relationship