After a year spent surrounded by the same four walls, the latest short film from Yves Saint Laurent is a welcome taste of a different world. On December 30, YSL unveiled Summer of ’21, a short from Argentine filmmaker Gaspar Noé and guided by brand creative director Anthony Vaccarello. It takes place in a grand estate featuring everything your 2020 was missing—high-fashion, gilded scenery, and glamorous Oscar nominee Charlotte Rampling.

Summer of ’21 features looks from Saint Laurent’s Summer21 collection, which premiered on December 15 in the desert of North Africa. The collaboration between Vaccarello and Noé follows the director’s 2019 Cannes Film Festival release Lux Aeterna. Its “red, hazy, velvety light” evokes the genre of Italian mystery thrillers known as giallo, according to a press release. Set to Donna Summer’s “I Feel Love” performed by SebastiAn, the film leans into the mystifying uncertainty everyone’s been feeling as of late.

“A familiar and timeless feeling. Dreaminess and tension, decadence and danger. The unsettling strangeness of those girls gravitating around Charlotte Rampling, the mysterious and haunted priestess,” the press release promises. 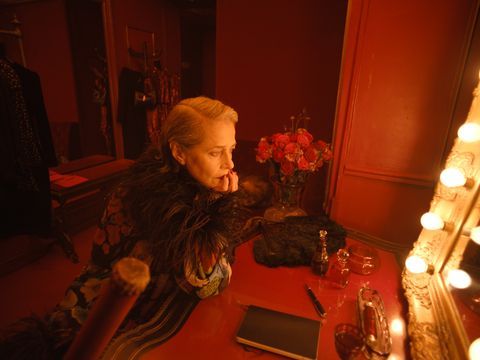 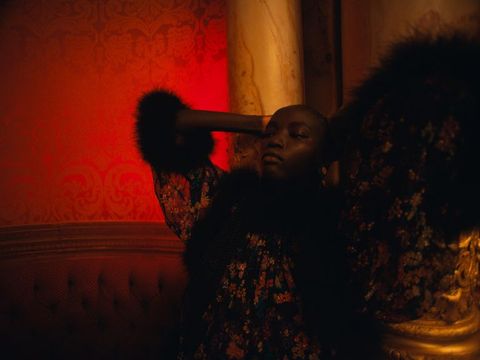 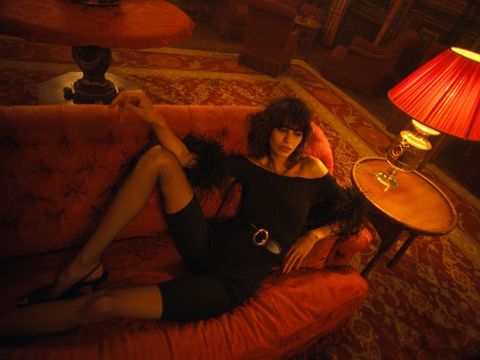 Throughout the film, several models wander through a mysterious mansion, including Anok Yai, Antonia Przedpelski, Assa Baradji, Aylah Mae Peterson, Charlotte Rampling, Clara Deshayes, Grace Hartzel, Kim Schell, Mica Arganaraz, Miriam Sanchez, Sora Choi and Stefania Cristian. They gather in a theater-like setting, fixated in front of a stage that reveals none other than Rampling, star of films such as 45 Years and The Wings of the Dove.

“I wanted to focus on the essence of things,” Vaccarello said in the press release for Saint Laurent’s Summer21 collection. “I think it’s a sign of the times, but I didn’t want anything bleak or heavy.” Similarly, YSL’s short film ends with Rampling raising her arms in a moment of expression that feels like hope for the year ahead—whatever it may look like.

The Best Designer Finds from the Net-a-Porter Friends and Family Sale
Kourtney Kardashian Shares Intimate Photos of Travis Barker’s Proposal
Meghan Markle Gets Personal in Letter Urging Congress to Pass Paid Leave for All Plan
<i>Xo, Kitty</i>: Everything We Know About the <i>To All the Boys I’ve Loved Before</i> Series
18 Reasons Why A Cream Eyeshadow is The Answer to All Your Problems