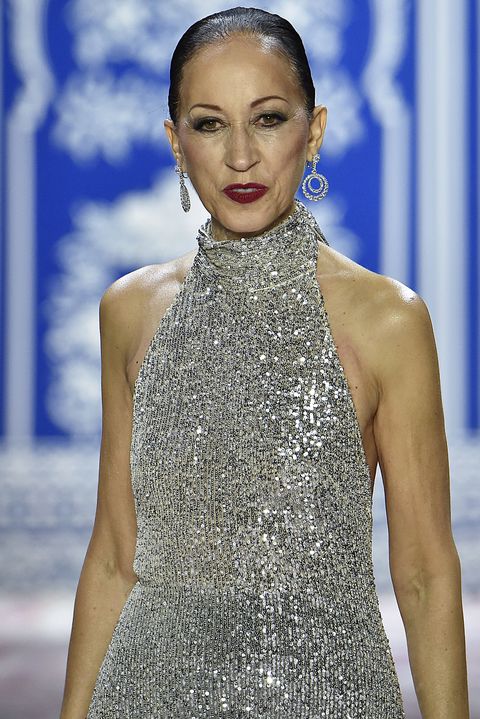 Legendary supermodel Pat Cleveland was the talk of the town when she walked during the Tommy Hilfiger x Zendaya 70s-inspired runway show at Paris Fashion Week last month. But after hitting the runway, the 68-year-old supermodel was rushed to the hospital where she was later diagnosed with colon cancer. Now, her family members are asking for financial support to help Cleveland cover medical costs.

According to a GoFundMe page launched by her husband, Paul Van Ravenstein, Cleveland had surgery in Paris and is recovering with the help of her daughter, Anna Cleveland. “Thankfully, Anna has been by Pat’s side throughout, taking great care of her mom,” Van Ravenstein wrote on the page. He told WWD that Cleveland is expected to be discharged from the hospital on April 8 but will likely have to rest in Paris for a while before heading back to the states where she’ll seek further treatment.

Pat Cleveland had a hell of a run at this year’s Fashion Week shows. In addition to walking in the Tommy Hilfiger x Zendaya runway show in Paris, Cleveland also walked in Hellessy and Naeem Khan’s fall 2019 NYFW shows.

Van Ravenstein admits that the diagnosis caught everyone by surprise. “This is coming out of left field. She’s healthy, she’s vegan. She doesn’t drink, she doesn’t smoke,” van Ravenstein told the outlet. “I thought we had her checked four or five years ago. But I went to the hospital here near our house and it seems the last time she was checked was in 2007. That’s too long. At a certain age, you have to do it every five years. Now I just want her back to her young self. She’s a very strong person so she’s going to be back. And I’m glad for that.”

Nerisha Penrose
Assistant Editor
Nerisha is the assistant editor at ELLE.com, covering all things beauty and fashion.
This article was originally published by Elle.com. Read the original article here.
[dp_demo_ad_fullx90_2]