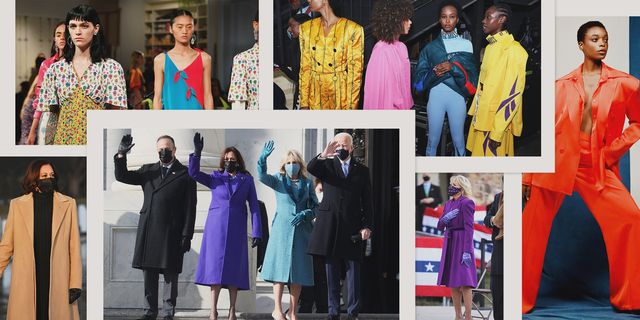 Style Points is a weekly column about how fashion intersects with the wider world.

When Michelle Obama wore designs by Isabel Toledo and Jason Wu to the 2009 inauguration, it marked a huge moment in the careers of both designers. Over the course of her time as First Lady, the rising tide of her fashion choices helped lift names like Brandon Maxwell, Thakoon, and Sophie Theallet into the national spotlight—and the pieces she wore often sold out. It seems that, with their choices for the inauguration events, Vice President Kamala Harris and First Lady Jill Biden are taking a similar approach—and using their platform to help boost the profiles of talented young American designers. 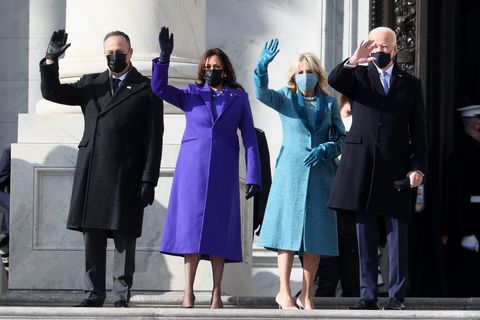 Harris and Biden chose looks by Christopher John Rogers and Markarian, respectively, for the inauguration.

Harris made a point of wearing looks by two Black designers—Kerby Jean-Raymond of the label Pyer Moss, and Christopher John Rogers—befitting her historic status as the first Black person to hold the office. Jean-Raymond explains that the backstory behind the camel coat that Harris wore yesterday stretches back well before Inauguration Day. “Kamala’s stylist reached out the day after she was announced as Joe Biden’s running mate. We talked about several projects but always intended to be part of the inauguration,” he says. “We made several options including dresses and accessories for Kamala and ultimately she chose this jacket which the stylist said is ‘the cat’s meow.'” 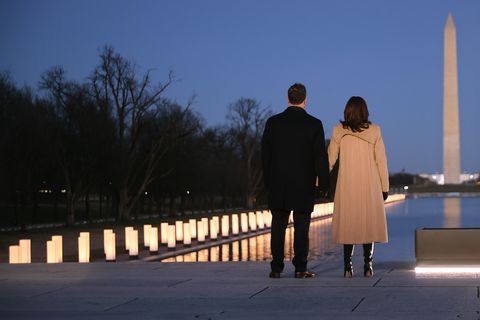 Jean-Raymond worked on the piece with frequent collaborator Camilla Huey, a costume designer and couturier who he calls “a constant in my life and part of my growth as a designer. She’s taught me how to achieve more difficult executions that I didn’t know how to do before. She was a part of creating my Sculpture for the MoMA and several of the Met Gala looks I created in 2019, some of which remain unseen publicly,” he says. “We began working on a fairly ordinary jacket but we got approval to make some changes this week to incorporate some of our brand identity on the piece. The knife pleat is one of our favorite mainstays in our collections.”

Meanwhile, Rogers posted Harris wearing his design on Instagram, writing “Thank you, Madam Vice President. We are so honored and humbled to have played a small part in this historic moment. 💜” 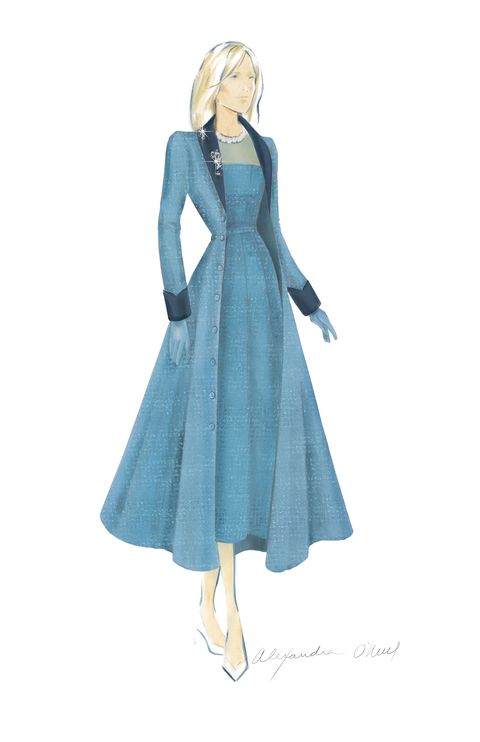 Courtesy of the designer.

Biden selected a blue overcoat and dress by Markarian, a line made in New York City’s famed garment center. “It is an incredible honor to dress Dr. Biden today,” designer Alexandra O’Neill tells ELLE. “I am so humbled to be even a small part of American history.” Biden also picked Jonathan Cohen, a Mexican-American designer who focuses on sustainable fashion, for a COVID memorial service held the night before the inauguration. The mask she wore, as well as the coat’s lining, was made from upcycled fabrics. Said Cohen on Instagram, “Waking up with immense pride and gratitude. Here’s to a new day.” 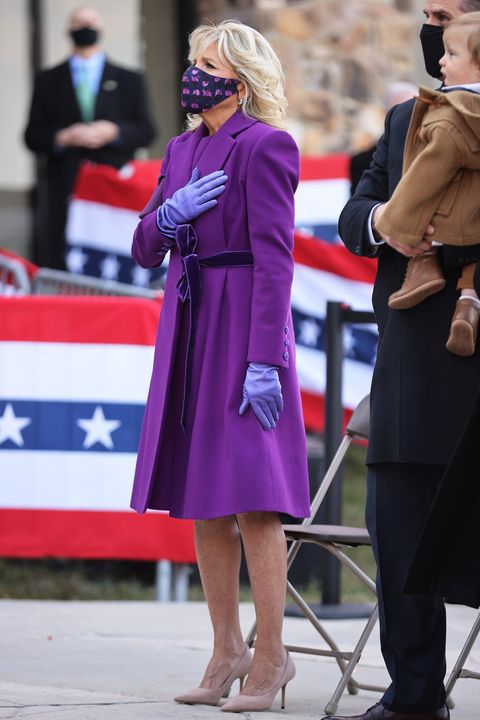 All of these fashion choices felt carefully considered, and they needed to be. Walking the line of political style right now is as tricky as walking a plank. We crave glamour, but in the midst of a pandemic and crushing economic pain, it feels crass to get gussied up—insert one ill-advised ruffle into the mix, and suddenly you’re Marie Antoinette. Women in politics get equal amounts of flak for wearing designer clothes and for being too dressed-down. The occasional tan suit aside, men in this sphere get little to no pushback. That is changing as politicians shift, for better or for worse, into fashion influencers of a kind, and as younger Congressional entrants like Rep. Cori Bush proudly wear thrifted looks to the Capitol, but the double standards still remain firmly in place. (After all, no one is speculating much on the hidden meaning behind Joe Biden’s choice to wear a Ralph Lauren suit.) 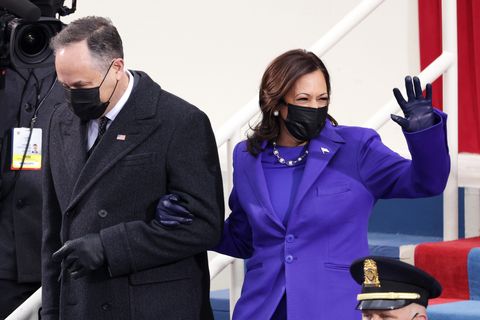 Harris at the inauguration in a look by Christopher John Rogers and Wilfredo Rosado pearls.

Those concerns had to be on the minds of both women and their teams today. Harris, whose no-fuss, comfort-first wardrobe on the campaign trail earned her the nickname “the Converse candidate,” chose looks that were simple and straightforward with a bit of visual interest, like Rogers’s vivid purple coat, one of the train-loving designer’s more restrained silhouettes. She is known to favor pearls, and broke out a Wilfredo Rosado necklace for today’s events. The First Lady’s aesthetic felt a bit more retro; her Markarian look was a modernized version of a ’50’s silhouette, accented by a velvet collar and cuffs and sprinkled with a subdued ration of Swarovski crystals, striking a balance between nostalgia and modernity.

Harris’s and Biden’s style choices don’t just resonate on a symbolic level, though—they could have a tangible impact on the economic fortunes of the designers they have chosen to support. A Harvard Business Review study found that when Michelle Obama wore a brand’s clothing, its stock price soared. It’s an understatement to say that it is a challenging time to be a small business right now, and fashion businesses are no different. If today’s style statements are anything to go by, Biden and Harris seem to be making a commitment to boost an American industry—one that could benefit greatly from their shared co-sign.

26 Stars Who Appeared On ’90s TV Shows Before They Got Famous
Everything You’ve Ever Wanted to Know About Undereye Fillers, Explained
All About Carey Mulligan’s Husband, Marcus Mumford
Shira Haas Gets Ready for the Golden Globes with Chanel
Meghan Markle Wears an Armani Belted Dress for Her Oprah Tell-All Interview