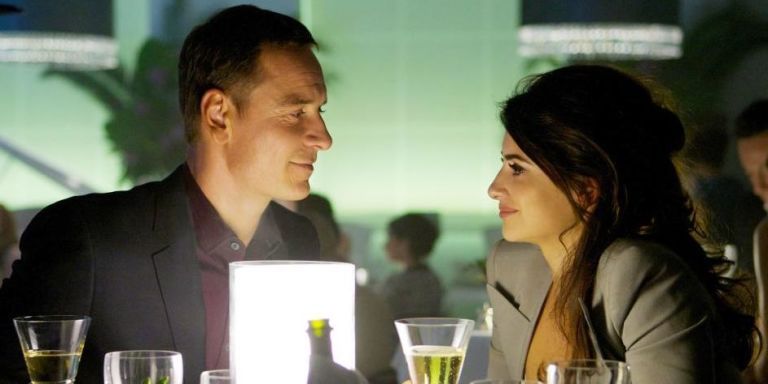 Dear E. Jean: I was the happy mistress of a married man for six years. Last winter he decided to discard me and take a new mistress. I was devastated, but I moved on. I found a new job and established a strong connection with my boss—an amazing doctor. The attraction between us was immediate. He said that when we worked together “it was magic.” But I was terrified because he was married.

The electricity was so obvious that our coworkers started to wonder if something beyond magical work was going on. Dear Jean, some people write books; I created something better: a fantasy that I shared with my closest work friends. I made them believe I was having an affair with the boss. I made up all kinds of wild stories. Why did I fall so low? I have no idea! But I was in extreme pain. My real life was sad and gray. The idea of having a hot affair with a gorgeous man was a perfect outlet for my disturbed mind. I never even stopped to calculate the consequences—after all, it was a “secret” and they were my “friends.”

But now comes the surprise. My fantasy was beginning to come true: My boss was falling in love with me. It wasn’t just unmistakable in his smile, the tone of his voice, and his looks (his expression said, “I adore you. You are a goddess”), but also in his actions. (He made coffee for me every day, took me to lunch, etc. A woman knows.) Though we never touched, I felt he was soon going to be in my bed, bath, and beyond, and then one morning it all blew up! One of my “friends” in the office reported our “affair” to corporate HR. I resigned. His wife found out. His reputation as a doctor, an executive, and a husband were all questioned.

I’m trying to find another job, and last week I put him down as a reference. He texted me: “NEVER use my name again!” He said he couldn’t understand why I did this to him and why I told so many lies. Finally he said, “Stay away from me. LEAVE ME ALONE. I do not want you to contact me.”

What next? Should I leave the country? Buy a ticket and move back home to Barcelona? But I need him to forgive me! I need to tell him that even though I ruined every chance with him, I love him! And that he was close to falling in love with me! But mainly, I need him to know how much I love him and need his forgiveness. —Lost the Best Part of My Life

Miss Lost, Sad, Sad Girl: Let me take your hand. You’re suffering too much from your own folly for me to scold you, you impossible woman. So…I forgive you. The tenderest-hearted ELLE readers forgive you. Even the gods, who love a romantic half-wit like nobody’s business, forgive you. But the doctor? Never. You damaged his career, smeared his character, killed his self-respect, and betrayed a fellow woman—his wife. So no, Miss Lost. You do not “need him to forgive you.” No, you do not “need him to know how much you love him.” No, you do not need to tell him “he was close to falling in love.” (Trust me: The doctor is as far from “in love” with you right now as it is possible for a man to get.)

In fact, you’re done dismantling the doctor’s life. Finished! Do you understand me, Miss Lost? You may not text him, tweet him, Snapchat him, repeatedly drive by his house at midnight in your nightgown, or call out to him like Mr. Rochester calling to Jane Eyre. You will hire a lawyer to write a letter to his company absolving him of all wrongdoing—with a copy going to him and his wife. And because you do need to get your bearings, feel the warmth of your own culture, friends, and family—and because you do need a fresh start—you will get on that plane to Barcelona! I wish you the heartiest best wishes and a happy future, and since I’ve warned all the married women and HR departments in Spain that you’re coming, I’ve done all in my power to help it turn out so.

With COS, Activist Janaya Future Khan Sees Fashion’s Hopeful Future
For the Love of God: Let Fictional Characters Go To Church <i>and</i> Have Sex
The How-To Guide For Dying Dark Hair Without Bleach
Kathryn Hahn Cast to Play Joan Rivers in a New Limited Series
<i>Passing</i>: Everything We Know About the Film Starring Tessa Thompson and Ruth Negga