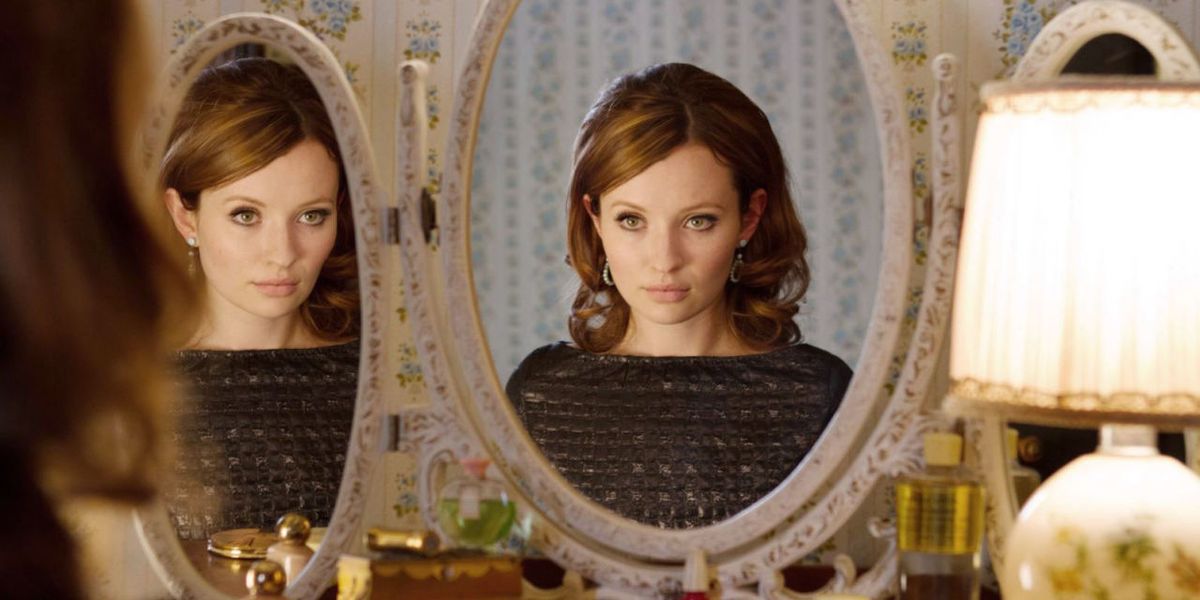 Dear E. Jean: I’m married to a handsome, exciting, and very fit man. We’ve had our ups and downs, but in general we’re seen as one of those super couples, and at times it feels that way, too. But here’s the thing: He constantly fat-shames me, to the point that he’s hardly been able to look at me naked for years.

He’s gone through periods where it gets so bad that he appears physically ill if I walk out of the bathroom without a towel. He often tells me that certain clothes don’t look good on me, and heckles me over my wrinkles and acne. Maybe once a year I get his ultimate compliment: “You look nice.”

I work out five days a week and eat healthily, but whether I’m extremely fit or have a few extra pounds around my middle doesn’t seem to make a difference. Our sex life is surprisingly good, considering. Yes, the lights have to be out, but there are still plenty of fireworks, and he initiates things on a regular basis.

Last weekend it was 90 degrees, and I wore a bikini. Since then, he hasn’t stopped with the “So-and-so’s wife lost a ton of weight by eliminating bread from her diet.” I bought a new dress that looks better on me than anything I’ve worn in years, and when I put it on, he simply looked away with a pained expression on his face.

My patience is now zero. I’m heading toward my midforties and I try talking to him about it, but he gets very angry, turns it around, and says, “You just don’t understand how important it is to me.” Then he shuts down completely. Or, worse, he starts offering “ideas” about how I could “lose weight” and “tone up.” I love him, but this makes me want to leave him. We’ve built such a great life together (I didn’t mention the two wonderful, nearly grown kids); I don’t think I could actually do it. What I want is just for once to feel beautiful in his presence. —Soft in the Middle

Miss Soft—Hail, Brilliant Woman: When I saw your name on the e-mail, I was stunned. I’m a fan of yours. It doesn’t happen often that I have books on my shelves written by the very person who’s writing to me, so if you don’t mind, let me ask you for advice.

If your daughter began dating a guy who called her “fat,” and hounded her about “acne,” and tormented her to “tone up,” and looked “physically ill” when she put on a swimsuit, what would you advise her?

One more question, Miss Soft: What image of womanhood is your husband presenting to your kids with his flood of abuse toward you? His pestering you about wrinkles? His anger at your getting older? His irrational badgering about your weight, your clothes, your skin, your looks?

When I say “irrational,” what I actually mean is “insane.” Because I’ve seen recent photos of you—you, the disappointing, fat wife who must live like a mole rat in the dark and dare not show herself naked—and (of course!) it turns out you’re slim. And very spectacular and attractive to look at.

He may not be dislocating your jaw and icking you across the kitchen floor, Miss Soft, but he’s dislocating your very essence. When you’ve asked him to stop, you say “he gets very angry, turns it around”—gets mad at you—and says “you just don’t understand how important” it is to him.

Therefore, what he has to do is find out why it’s so necessary to him to have a scrawny, underweight, under-his-thumb wife. And you have to find the courage to make the decision to leave the marriage.

Kate Middleton Went Out in a Stunning Red Turtleneck Dress for an Event in London
<i>Xo, Kitty</i>: Everything We Know About the <i>To All the Boys I’ve Loved Before</i> Series
The <i>Only Murders in the Building</i> Finale Gives Us a New Case to Crack
All the Looks From ELLE’s 2021 Women in Hollywood Event
Why Is Everyone Wearing Frankie Shop’s Quilted Jacket?