A year ago, my husband and I were sitting on a beach in Lake Tahoe watching our one-year-old son play in the water, talking about the money we were putting aside for his future, something we had started doing while I was still pregnant.

As our son splashed in the waves and dug his little hands in the sand, my husband and I threw out ideas of where he might do with that money. 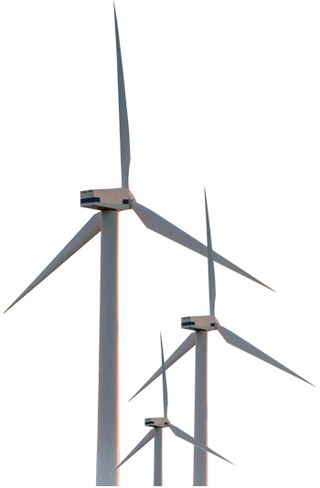 “Maybe he’ll graduate debt-free,” my husband mused. “Or if he gets a full scholarship, he could spend the money on a down payment.”

“Maybe he’ll invent an app and use the money to fund a business,” I added. “Or climb Everest or sail around the world.”

Lying there on the sand, a little tipsy and very sunburnt, there was no doubt in our minds all of that was possible—why wouldn’t our son be a startup founder, curer of cancer, climber of mountains, and sailor of oceans?

A couple weeks after we drove back to our home to Portland, wildfires tore through Oregon and California in a record-breaking fire season. In the past year, we’ve seen massive droughts, devastating ice storms, fragile power grids, reduced air quality, and increasingly severe weather events around the globe.

Then, last month, the IPCC released a report saying that at this point, a hotter future is unavoidable. Even in the best case scenario, these scientists predict killer heatwaves, a shortage of water, a lack of food, and hundreds of millions of people suffering and dying. Reading those words, I realized that the life we imagined for our son, lying on that beach in Tahoe, was more dream than reality. According to the IPCC report, in 2040, when my son will be college-aged, he will likely be more concerned with air quality and escaping the heat than with his GPA or spring break travel plans. By the time he has kids of his own, reliable access to food and water may be more impressive than a diploma.

I asked my husband a question: What if we stopped putting money in our son’s college fund and started using that money to protect him from climate change?

That night, I asked my husband a question: What if we stopped putting money in our son’s college fund and started using that money to protect him from climate change?

But how do you protect a young child against climate change? What will he need in 2040, 2060, 2080? That part is trickier. Some climate experts say that if we don’t curb emissions quickly, by 2060, when my son is 40, he will likely be dealing with heat waves that could last up to a month, rolling blackouts making it hard to rely on air conditioning, a lack of access to fresh water, increasingly frequent pandemics, and resulting global political unrest unlike anything we’ve ever seen.

After much discussion, we agreed that saving money for his college education when we are facing a climate emergency just doesn’t make sense. Instead, we are planning on using the money to invest in a carbon-free lifestyle now by buying electric cars, installing solar panels, and starting a backyard vegetable garden. We eventually plan to buy a piece of land that will have its own water source in an area that is less likely to be impacted by wildfires. 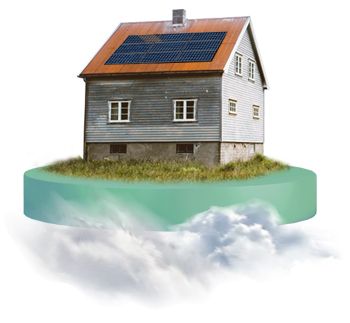 Unsurprisingly, not everyone sees it the way I do. When I told some mom friends about our plan, one pointed out that it’s an enormous privilege to even have the money to plan for climate change. She’s right—but no more of a privilege than being able to pay your child’s way through college. And you don’t need a plot of land or tens of thousands of dollars to start safeguarding your child’s future against climate change. You can stop eating animal products or start growing some of your own food in a planter box. You can move away from the coastlines or plant large trees to help shade your home in the decades to come. Preparation can extend far beyond the financial as well. Instead of teaching your kids that getting A’s means they’ll be best equipped for the future, teach them that life can still be enjoyable without air travel, green lawns, and steaks on the grill.

Another mom accused me of “stealing” my child’s future by planning to spend this money now instead of saving it for higher education. But my husband and I are living proof that you don’t need a six-figure college fund to do well in life. If my son wants to go to college, he’ll figure out a way. Or he’ll be like nearly 80 percent of older millennials and take on student loan debt.

If we cling too tightly to the future we wish our children could have, we miss the opportunity to prepare for the one they’ll actually face.

We’ve also been surprised to find just as many friends who agree with what we’re doing or who are doing something similar: learning to grow their own food, creating off-the-grid communities, or just being more intentional about trying to protect their children from the worst effects of climate change.

It’s a universal urge to use whatever you have to protect your child’s future, and this climate emergency is going to radically change how we do that. As a climate journalist, I see this first-hand. I recently interviewed a woman who had saved for years to buy her disabled son a mobile home so he would have a place to live after she passed. Then, in the span of an hour, a climate-induced fire destroyed it. Now they both are homeless. During the deadly heat wave here in Portland, mothers in a local Facebook group begged for money to buy air conditioners for their children or asked advice about how to care for overheated infants. 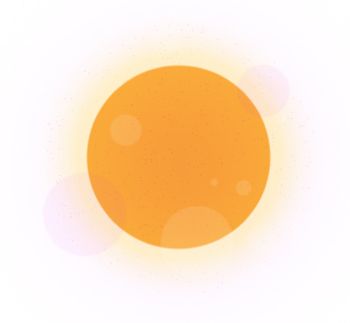 Even as the world feels like it’s unraveling around us, so many millennial parents—myself included—have clung to this idea that our kids will somehow be able to avoid the impacts of climate change or enjoy the lifestyles we’ve been able to enjoy. We argue over private vs. public school and read scientific studies on screen time while the ice caps melt, temperatures rise higher and higher, and more than a million species face extinction. People often express concern for my child’s nutritional well-being when I say he doesn’t eat meat, yet report after report shows that eating less meat is vital to curbing emissions. Friends of ours just bought a vacation house on the Oregon coast and talk about how they want to take their grandkids there one day, even though rising sea levels are predicted to make their home unlivable before their grandkids are old enough to walk.

When we save for our children’s future—whether that’s college funds, travel money, or home down payments—while ignoring climate change, it’s more a reflection of our inability to fully accept climate science than wanting what’s best for our children. Even in the best case scenarios, if we were to radically curb emissions today, climate change is still going to have a devastating impact on our children’s future. If we cling too tightly to the future we wish our children could have, we miss the opportunity to prepare for the one they’ll actually face.

Emma Pattee
Emma Pattee is a writer from Portland, Oregon.

Adele’s ‘Easy on Me’ Lyrics Are Even More Emotional Than We Expected
The 12 Best UV Nail Lamps for At-Home Manicures
This Halloween, the Easiest Costume Is a Tracksuit
How to Have a Hot Girl Fall, According to Haim
Everything You’ve Been Stalking on Instagram Is On Sale at Shopbop